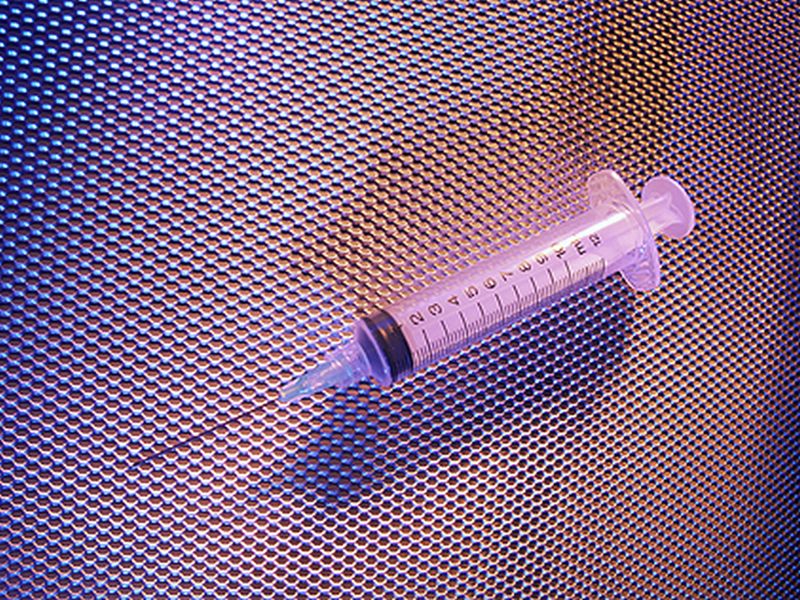 TUESDAY, June 13, 2017 (HealthDay News) -- A flu shot is the best way to avoid getting sick, but new research reveals the vaccine doesn't work as well for people who are obese.
Scientists at the University of North Carolina at Chapel Hill found obese people who got a flu shot were twice as likely as their normal-weight peers to still get sick.
Obesity is tied to an increased risk for several chronic health issues, the study authors explained. People who are obese are also more likely to die from the flu, they added.
For the study, the researchers compared effectiveness of the flu vaccine among 1,022 adults.
Participants received the seasonal trivalent inactivated flu vaccine during the 2013-2014 and 2014-2015 flu seasons. The researchers evaluated their symptoms and used lab tests to measure their immune system's response to the shot.
The study, published recently in the International Journal of Obesity, found that nearly 10 percent of the obese people got the flu despite being vaccinated. That compares to about 5 percent of participants who were a healthy weight.
"Vaccinated obese adults are twice as likely to develop influenza and influenza-like illnesses compared to vaccinated healthy weight adults," study co-author Melinda Beck said in a journal news release. She is a professor of nutrition at UNC's Gillings School of Global Public Health.
The researchers suggest the flu shot isn't as effective for obese people because their T-cells don't function as well as they should. T-cells, which are infection fighters, help guard against the flu and aid in recovery.
"Impaired cell functioning, despite the robust production of antibodies, may make vaccinated obese adults more susceptible to influenza infection," explained study lead author Scott Neidich. "Alternative approaches may be needed to protect obese adults from both seasonal and pandemic influenza virus infections."
Neidich, who led the study as a postdoctoral researcher at UNC, is now a postdoctoral researcher at Duke University's Human Vaccine Institute, in Durham, N.C.
SOURCE: International Journal of Obesity, news release, June 6, 2017
HealthDay
Copyright (c) 2017 HealthDay. All rights reserved.
News stories are written and provided by HealthDay and do not reflect federal policy, the views of MedlinePlus, the National Library of Medicine, the National Institutes of Health, or the U.S. Department of Health and Human Services.