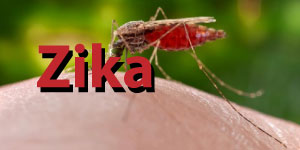 Zika virus is spread to people through mosquito bites. Outbreaks of Zika have occurred in areas of Africa, Southeast Asia, the Pacific Islands, and the Americas. Because the Aedes species mosquitoes that spread Zika virus are found throughout the world, it is likely that outbreaks will spread to new countries. In December 2015, Puerto Rico reported its first confirmed Zika virus case. In May 2015, the Pan American Health Organization (PAHO) issued an alert regarding the first confirmed Zika virus infection in Brazil. The outbreak in Brazil led to reports of Guillain-Barre syndrome and pregnant women giving birth to babies with birth defects and poor pregnancy outcomes.
Emerging Infectious Diseases has published Zika articles since 2007. See below for links to a complete list of these articles.