BioEdge: Euthanasia is a ‘sideshow’ in end-of-life care, says leading US bioethicist

BioEdge: Euthanasia is a ‘sideshow’ in end-of-life care, says leading US bioethicist

Euthanasia is a ‘sideshow’ in end-of-life care, says leading US bioethicist
by Paul Russell | 27 Apr 2017 |

The Medical Journal of Australia has just published a commissioned paper on euthanasia and assisted suicide by one of America’s leading bioethicists, Dr Ezekiel Emanuel. Emanuel is not a palaeo-conservative. A brother of Obama’s former chief-of-staff, Rahm Emanuel, a fellow at the Center for American Progress, and a professor at the University of Pennsylvania, his liberal credentials are impeccable. However, he regards euthanasia as a “side-show” in the vital discussion of end-of-life care. 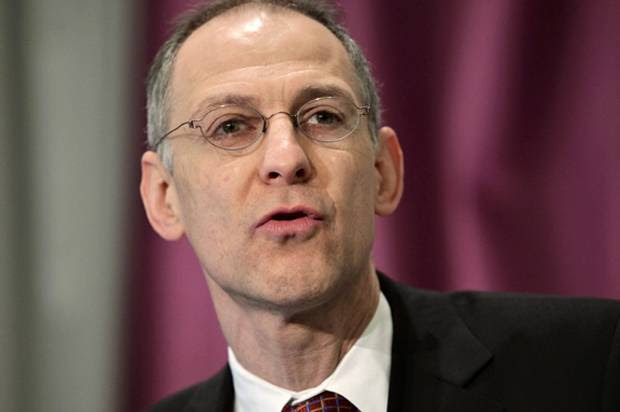 Emanuel cites the data from places where euthanasia and physician-assisted suicide (PAS) are legal and notes that premature death by the methods employed are rare. While rarity is a matter of degree and interpretation, it is true to say that the vast majority of people do not seek to access premature death. Emanuel concludes:

"These data mean that the claim that legalising euthanasia and PAS will help solve the problem of poor end-of-life care is erroneous. Euthanasia and PAS do not solve the problem of inadequate symptom management or improving palliative care. These interventions are for the 1% not the 99% of dying patients. We still need to deal with the problem that confronts most dying patients: how to get optimal symptom relief, and how to avoid the hospital and stay at home in the final weeks.

“Legalising euthanasia and PAS is really a sideshow in end-of-life care — championed by the few for the few, extensively covered by the media, but not targeted to improve the care for most dying patients who still suffer."

It's not about pain

The public perception of the justification for E & AS seems to be largely focussed on pain. The word “suffering” is extends to “existential”' issues. But existential suffering - like pain itself, is well managed by good care. In any case, it remains the case that the drivers of euthanasia argument and understanding in the community is about a supposedly compassionate response to pain experienced by people with difficult and demanding prognoses.

Emanuel debunks this myth by reference to the data:

Two decades ago, research with patients who had cancer or HIV showed that those who were interested in euthanasia or PAS were not those experiencing pain. This has been confirmed multiple times; for instance, the data from the state of Oregon in the US, which has followed patients who have requested and used PAS for 17 years now, show that fewer than 33% of patients are experiencing — or fearing — inadequate pain control. Even in Australia, when for a brief moment seven patients were given euthanasia in the Northern Territory, none had uncontrolled pain.

"If not pain, then what motivates patients to request euthanasia and PAS? Depression, hopelessness, being tired of life, loss of control and loss of dignity. These reasons are psychological — they are clearly not physical pain — and are not relieved by increasing the dose of morphine, but by antidepressants and therapy. In the states of Oregon and Washington, the reasons for wanting PAS were: 90% of patients reported loss of autonomy, 90% were less able to engage in activities that make life enjoyable and 70% declared loss of dignity — depression and hopelessness are not listed and are not included in the reporting list. Likewise, in the Netherlands, the main legal requirement is “extreme physical or mental suffering,” and patients’ reasons are classified in this manner, making it hard to know whether the reasons are physical symptoms of depression.

However, when researchers from the Netherlands — who were convinced that the main rationale was pain — interviewed patients who requested euthanasia, they found that few of the ones using euthanasia were experiencing pain, but most were depressed".

He moves on to discuss psychological suffering which, generally speaking, would include a great deal of that which is claimed to be existential:

"The importance of psychological suffering as patients’ rationale for requesting euthanasia and PAS indicates that these interventions are less like palliative care and more like traditional suicide condoned and assisted by the medical community. The main drivers of traditional suicide are psychological problems. Despite the importance of psychological suffering as the main motivator, few physicians in the jurisdictions where euthanasia and PAS are legal receive psychiatric consultation.

Indeed, in the states of Oregon and Washington, less than 4% of patients who had PAS had a psychiatric consultation. In Belgium, where an independent physician needs to be consulted for non-terminal cases, in 42–78% of cases that physician is a psychiatrist. Since psychological reasons dominate, one would think that requiring psychiatric evaluation would be a reasonable safeguard before providing euthanasia or PAS. Therefore, we need to think very differently about what drives people to want euthanasia. The picture most people have of patients who are writhing in uncontrolled pain despite morphine is simply wrong." (emphasis added)

The marketing and sloganeering of the pro euthanasia and assisted suicide brigade would have us believe that the provision of a premature death by way of a lethal dose is “dignified” because it is quick and painless. The likes of Exit International and Philip Nitschke going so far as to market products and methods under the slogan, the “peaceful pill”. This is false and ignores the reality, as Emanuel points out:

According to a study in the Netherlands from 2000, 5.5% of all cases of euthanasia and PAS had a technical problem and 3.7% had a complication. An additional 6.9% of cases had problems with completing euthanasia or PAS. Technical problems, including difficulty finding a vein and administering oral medications, occurred in 4.5% of euthanasia cases and in 9.8% of PAS cases. Moreover, 3.7% of euthanasia cases and 8.8% of PAS cases had complications, such as nausea, vomiting and muscle spasms. Overall, an additional 1.1% of patients who had euthanasia or PAS did not die but awoke from coma. The data suggest that the common view of euthanasia and PAS as quick, flawless, and painless ways to die is unrealistic." (emphasis added)

In conclusion, Emanuel questions the entire thrust towards patient killing and patient suicide:

"When considering this evidence, the case for legalising euthanasia and PAS looks less compelling. They will not improve the care of many dying patients, they are not helping people in pain and enduring inadequately treated physical symptoms, and are far from quick and flawless. What is then the great impetus to legalise interventions to end lives for a small minority of patients who are depressed, worried about losing autonomy and being tired of life?

"We should end the focus on the media frenzy about euthanasia and PAS as if it were the panacea to improving end-of-life care. Instead, we need to focus on improving the care of most of the patients who are dying and need optimal symptom management at home."

If Emanuel is right that we should “end the focus on the media frenzy” then it would seem to be an imperative that the media, in turn, report on his observations. Yet, in Australia, this paper was noted only once in the daily papers and only twice in brief news articles on line.

Paul Russell is director of HOPE: preventing euthanasia & assisted suicide, which is based in Australia. This article has been edited and republished from his blog with permission.


The Belgian media was abuzz this week with the news that the Catholic hospitals which provide a substantial portion of psychiatric beds will permit euthanasia for non-terminally-ill patients. It is an unprecedented reversal of their stand on end-of-life care.
Supporters of euthanasia, of course, were delighted. “The last relics of the paternalism of the shepherd have been replaced by individual self-determination," said one politician. Opponents, however, were puzzled and alarmed. Fifteen years after Belgium legalised euthanasia, it has become hard to find a hospital where is it not being practised. Read about it below.