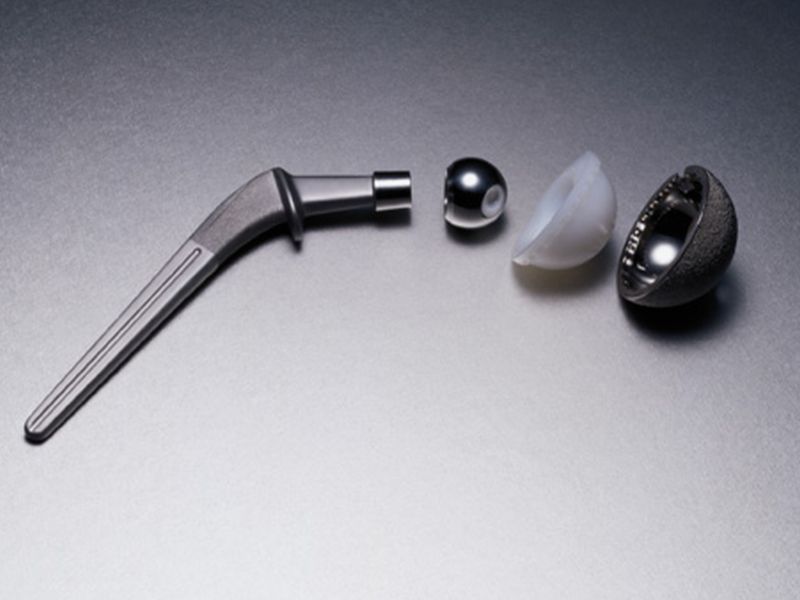 WEDNESDAY, April 26, 2017 (HealthDay News) -- One reason women are more likely than men to have complications after hip or knee replacement surgery may be because they're more sensitive to the metals in joint implants, a new study suggests.
Researchers reviewed the cases of more than 2,600 patients who were evaluated for unexplained pain after total hip and/or knee replacement. All had metal implants. None had signs of infection, inflammation or other conditions that would explain their pain.
Sixty percent of the patients were women. They had higher average pain scores than men -- 6.8 vs. 6.1 on a scale of 0-10, according to the study.
Blood tests showed signs of immune sensitization to implant metals in 49 percent of the women and 38 percent of the men. The gender difference remained even after researchers used a stricter definition of sensitization -- 25 percent versus 18 percent.
"These findings may explain, at least in part, the sex disparity in the outcomes of certain TJA [total joint arthroplasty] implant designs," study co-author Nadim Hallab and colleagues wrote in a news release. Hallab is a professor of orthopedic surgery at Rush University Medical Center in Chicago.
Among the patients with immune sensitivity to implant metals, severity was greater in women than men, according to the study published recently in The Journal of Bone & Joint Surgery.
Prior to blood testing, 29 percent of the women said they had allergic skin reactions to metals, compared to 4 percent of the men.
The researchers said it's not known whether patients' sensitization to implant metals existed before surgery, is caused by implants, or is a bit of both. They said more study is needed.
They added that it's also possible that the gender differences could be related to hormones or environmental factors, such as exposure to metals in jewelry or cosmetics.
SOURCE: The Journal of Bone & Joint Surgery, news release, April 19, 2017
HealthDay
Copyright (c) 2017 HealthDay. All rights reserved.
News stories are written and provided by HealthDay and do not reflect federal policy, the views of MedlinePlus, the National Library of Medicine, the National Institutes of Health, or the U.S. Department of Health and Human Services.