Why are so many lesbians getting pregnant?

Why are so many lesbians getting pregnant?

The stereotype of an exclusively female orientation has been exploded 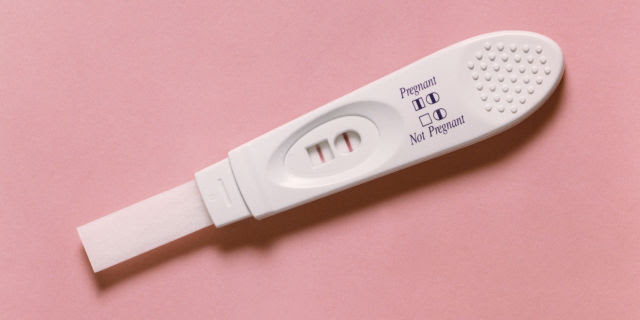 It makes for an illogical syllogism.
Premise A: Lesbians are sexually attracted to women only.
Premise B: Women cannot impregnate women.
Conclusion: Lesbians have higher pregnancy rates than non-lesbian women.
It’s contrary to all reason, but it's true. Lesbians have significantly higher pregnancy rates than their heterosexual peers. It’s also true for teen gay males. They are substantially more likely to impregnate their sexual partners than are heterosexual males. 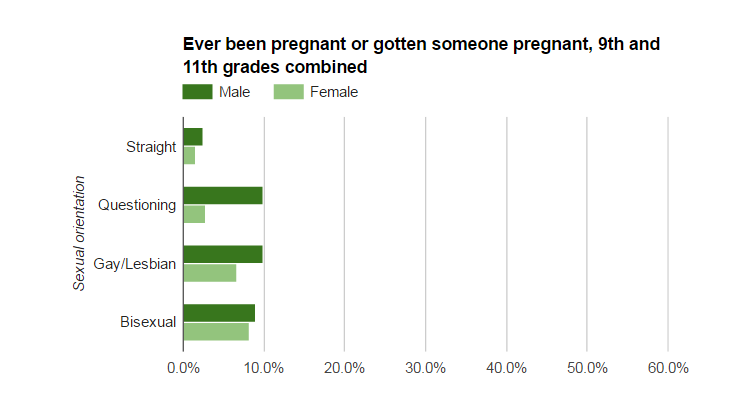 image credit: Minneapolis StarTribune
Multiple studies with samples drawn from various nations find that sexual-minority youth aged fourteen to nineteen have pregnancy rates two to seven times greater than their heterosexual peers. Their pregnancy rates continue to rise, even though the overall teen pregnancy rate is declining in the United States.
Only one study to date has examined the pregnancy rates of adult sexual-minority women who are eighteen to forty-four years old. Published late last year, it reveals the same thing: unintended pregnancies are higher among sexual-minority women than their heterosexual peers. Their proportion for ending pregnancies by abortion is double that of heterosexual women.
Clearly something’s up here, and it is doubtful that the rules of human reproduction have drastically evolved. Clearly these pregnancies cannot all be assigned to bisexuals. Still, it is curious that those who go both ways still have higher pregnancy rates than heterosexuals. The numbers among those who identify as gay and lesbian remain unbelievably high. Could it be possible that being lesbian or gay is not quite as absolute or fixed as gender theorists want us to believe? One’s sexual orientation is supposed to be locked in and unchangeable, like sex, race, or ethnicity. But this pregnancy phenomenon confounds that narrative.

What’s going on here?
It would be one thing if lesbians occasionally got pregnant and if gays every now and then impregnated a woman. Some people tend toward adventure, right? But think about what we have going on here. We know that as a whole, heterosexual youth are more sexually active than nearly every adult would wish. Their pregnancy rates are higher than any would wish, as well. It’s a national concern. But gays and lesbians have a two to seven times greater rate of pregnancy and double the rate of abortion. That’s a great deal of pregnancy-possible sex going on among teens who are supposedly not oriented or “born that way.” This raises two serious questions.
First, what’s going on in the emotional lives of these particular youths that has them behaving in such a hyper-sexualized manner? What emptiness are they seeking to fill? Their own dignity demands honest investigation, free of ideological assumptions. Insisting it’s simply a lack of good sex education or social affirmation is nothing short of malpractice. Second, do these identities we call “gay” and “lesbian” actually exist in the way we assume they do? They certainly exist as political or social identities. But in functional reality, that seems less clear.
This broad disparity in pregnancy and abortion rates indicates that there is far more going on here than gay and lesbian folks simply coming to terms with their sexuality. It seems to make a case for mutability. This complexity is certainly not confined to adolescent sexuality.
Is sexual orientation fluid and changeable?
Erotic plasticity. Sexual fluidity. These are terms coined by scholars to explain that the fixedness of orientation is often illusory in adulthood as well. This fluidity is particularly true for women, making the L of LGBT a dramaticallydifferent animal at its very core than the G. Through his clinical research on the subject, Northwestern University’s J. Michael Bailey questions whether a female sexual orientation exists at all. He contends that we cannot miss that male and female sexual natures are markedly different things, so much so that the singular, life-long lesbian is a rare creature. Female sexual interests and behaviors are shaped more by social, cultural, emotional, and situational developments.
In her important book, Sexual Fluidity, Professor Lisa Diamond laments the mistaken assumption that lesbianism is fixed like male homosexuality and argues that this belief is the result of gay-normativity and male prejudice in gay research. She hopes that this has changed slightly in the last decade, revealing a picture of male and female sexual orientation as “distinct phenomena instead of two sides of the same coin.” It reveals that “one of the fundamental, defining features of female sexual orientation is its fluidity,” a “situation-dependent flexibility in women’s sexual responsiveness,” making it possible for women to desire either men or women under certain situations regardless of their generally identified “sexual orientation.” If this is true, it means lesbianism is not an orientation as we popularly understand the term today. Diamond concludes,

This is why a woman like Anne Heche can suddenly find herself falling madly in love with Ellen DeGeneres after an exclusively heterosexual past [and present], and why a longtime lesbian can experience her very first other-sex attractions in her forties.

Not only is female sexuality itself fluid, but so are the personal identifiers women choose for themselves. Remarkably, more than 50 percent of women who had both male and female partners in the last year identify not as bisexual or lesbian, but heterosexual. Eleven percent of women who have known only female sex partners identify as heterosexual, and—remarkably—only 19 percent of women who’ve ever had sex with another woman consider themselves either “lesbian” or “homosexual.” A young woman recently told me that she is a lesbian, but she is primarily attracted to men. Apparently she’s not an outlier.
Lesbianism and gayness are more different than they are similar in very fundamental ways. The gay male is more likely to stay in one lane for life, even while his sexual desire is generally more aggressive and he seeks greater diversity in partners than do women. However, judging by the pregnancy-risk data, younger men who identify as homosexual appear to be much more fluid in their actions than has been previously assumed. Does this mean that male same-sex attraction is more developmental than it is fixed? We don’t know.
But it’s a question worth researching. This has important policy implications for today. When we establish certain rights and accessibilities based on one’s sexual orientation and identity—and thus the punishment and severe public shaming of those who violate them—we are operating on ground that is more subjective than many would like us to believe.
Glenn T. Stanton is Director of Global Family Formation Studies at Focus on the Family and the author of eight books on various aspects of the family, including The Ring Makes All the Difference: The Hidden Consequences of Cohabitation and the Strong Benefits of Marriage and Loving My LGBT Neighbor: Being Friends in Grace and Truth.
This article has been republished from Public Discourse, a MercatorNet partner site.
- See more at: https://www.mercatornet.com/conjugality/view/why-are-so-many-lesbians-getting-pregnant/19707#sthash.pbeT7b8k.dpuf


Our apologies to readers. Over the past few hours we have been making a security update to the MercatorNet site. However, it is taking longer than we expected and there may be some interruption of service.
However, we have some great reading for you over the weekend. Just check out the links below.

Why are so many lesbians getting pregnant?
Publicado por salud equitativa en 5:26