The new Vital Signs report, released by the Centers for Disease Control and Prevention (CDC), has reported that of 250 pregnant women confirmed with Zika infection in 2016, approximately 1 in 10 of them had a fetus or infant with virus-related birth defects. This report is the first of its kind, to present an analysis from a sample of US women with a definite case of Zika infection during pregnancy. 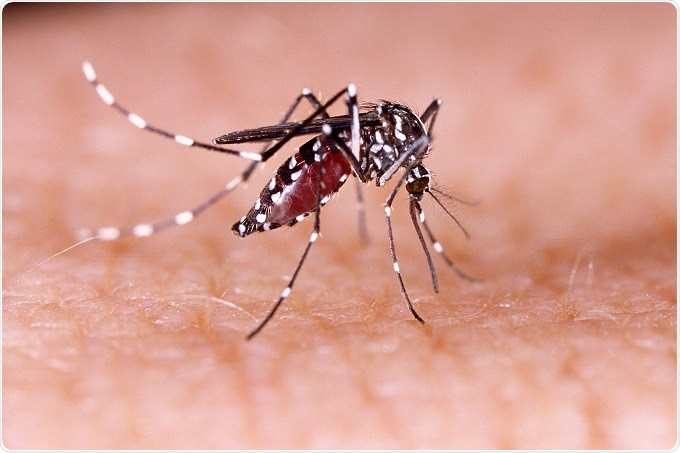 Credit: Tacio Philip Sansonovski / Shutterstock.com
It is difficult to test for Zika, as once infected, there is a short timeframe where the individual must be tested in order to obtain a positive laboratory outcome to show infection. In addition, many infected people are asymptotic, which means that they are unaware of the need for testing. On these grounds, CDC is examining all pregnant women with proof of Zika infectivity.
Zika infection during pregnancy can severely harm the brain of the developing fetus, and result in a smaller head size, known as microcephaly. If congenital Zika syndrome develops, this can lead to a pattern of birth defects that include abnormalities of the brain, vision loss or difficulty in hearing, problems in motility, or other virus-related health issues that may not show at birth.
Anne Schuchat, M.D, CDC Acting Director, mentions that:

Zika virus can be scary and potentially devastating to families. Zika continues to be a threat to pregnant women across the US. With warm weather and a new mosquito season approaching, prevention is crucial to protect the health of mothers and babies. Healthcare providers can play a key role in prevention efforts”

The report concludes the serious hazard posed by the Zika infection during pregnancy and the need for pregnant women to take extra care in preventing their exposure to the virus, whether via a mosquito host or sexually transmitted. The report also highlights the significance of the healthcare professionals in testing all pregnant women for the Zika virus, and examining and evaluating all babies born to women infected with Zika during their pregnancy.
The data for this report spans January 15 and December 27, 2016. The Zika pregnancy registry collected data from all the states in the US and from Washington DC., except the territory of Puerto Rico, which has its own surveillance system to monitor Zika pregnancies in their area. The CDC report also highlights potential gaps in the clinical assessment of babies with the possibility of Zika infection present at birth.

The report concludes that in 2016, 44 states reported evidence of Zika virus in about 1,300 pregnant women. Most of these women got infected while traveling to areas reported with cases of Zika. Of the 1,000 babies born in that year, more than 50 had Zika-related birth defects.
Among pregnant women infected with the Zika virus, fetus or baby with virus-related birth defects is reported in about 1 out of 10 babies, whereas evidence of infections during the first trimester of pregnancy is prone to 15%— the highest risk for Zika-related birth defects. While 1 in 3 babies with possible congenital Zika viral infection had no report of Zika testing at the time of birth, 1 in 4 infants were reported to have received brain imaging post birth.
Peggy Honein, Ph.D, the co-lead of Zika Response Pregnancy and Birth Defects Task Force, said that CDC advises pregnant women to avoid traveling to Zika-risk places and refrain from having sex with partners who have traveled to Zika-infected areas.

CDC continues to work closely with health departments on the US Zika Pregnancy Registry to follow up infants with possible congenital Zika virus infection and better understand the full range of disabilities that can result from this infection."
Peggy Honein, co-lead of Zika Response Pregnancy and Birth Defects Task Force.

CDC encourages physicians to instruct families on Zika prevention, and make available all required checks and follow-up support to infants and families.
CDC is continuously updating regulations for healthcare professionals on testing and the clinical care for pregnant women and infants affected by Zika. It is also examining new infections and is working towards recognizing the long-term results of the Zika virus.
Sources:
Publicado por salud equitativa en 7:31