Yet overall chances to any one child remain low, researchers stressed 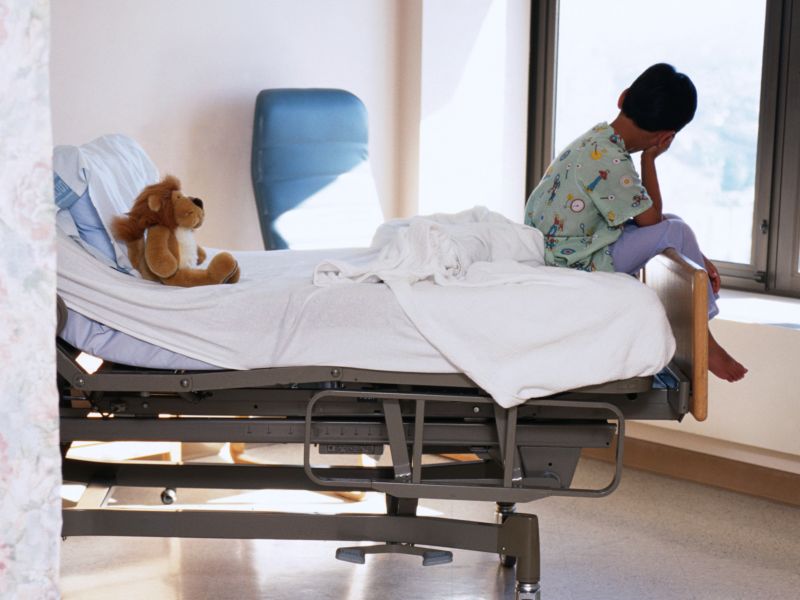 WEDNESDAY, April 26, 2017 (HealthDay News) -- Children given an organ transplant have a substantially higher risk of developing cancer -- in some cases up to 200 times higher -- than the general population, a new study finds.
But the individual risk of any one child getting cancer still remains very small, the study authors stressed.
Overall, the U.S. National Cancer Institute (NCI) study found that the risk for cancer among children who received transplants was 19 times higher than in the general population.
Non-Hodgkin's lymphoma was the cancer with a 200 times higher risk. Seventy-one percent of those who developed cancer after a pediatric organ transplant had non-Hodgkin's lymphoma, the study findings showed.
"We knew going into the study that the risk of lymphoma would be very high," explained Dr. Eric Engels, the study's senior investigator.
"That's been seen in much smaller studies, and it's been seen when researchers have looked at the entire transplant population. But we were surprised by how much of the cancer burden in this population of transplant recipients was dominated by non-Hodgkin's lymphoma -- 71 percent is a really, really high proportion," Engels said. He works in the NCI's division of cancer epidemiology and genetics.
The one bright spot in the study was that although the cancer risk is elevated, most children who receive a transplant don't get cancer. Fewer than 400 out of nearly 18,000 transplant recipients developed some form of cancer in an average of about four years of follow-up.
In cases where cancer did develop, the researchers said two factors were likely to blame. One is immune-suppressing medications that are necessary after a transplant. The other is the Epstein-Barr virus.
Organ transplant recipients receive immunosuppressant medications after surgery to help the body accept the new organ. In adults, research has shown these medications put patients at a high risk for a number of cancers because the immune system has trouble keeping cancer cells at bay.
The weakened immune system also puts organ transplant recipients at risk of infections, such as the Epstein-Barr virus.
According to Engels, the Epstein-Barr virus can be transmitted directly from the new organ to the recipient. The virus can also be transmitted through contact with someone who has the virus, such as a family member or someone else in the hospital or community.
Dr. Daniel Weschler is associate professor of pediatric hematology and oncology at Duke University. He co-wrote an editorial accompanying the study, which was published in the May issue of Pediatrics.
"Epstein-Barr virus can cause mononucleosis, and about 70 to 80 percent of the population has been exposed to it at some point. It is also associated with non-Hodgkin's lymphoma and Hodgkin's lymphoma, and other tumors as well," Weschler explained.
The new study included nearly 18,000 pediatric transplant patients in the United States. The largest previous study, from Sweden, included less than 600 transplant recipients, the study authors noted.
Engels said that children are an understudied subgroup of the transplant population. The researchers suspected that kids might have a different pattern of cancer risk than adults after transplant.
The study found that the risk of Hodgkin's lymphoma was increased 19-fold. The risk of leukemia was four times higher among pediatric transplant recipients. There was also a higher risk of developing other cancers, such as multiple myeloma, and liver and kidney cancer.
This research raises some concerns about transplants, Weschler said. It also highlights the need to better understand why these cancers occur and exactly how immune suppression medications work to prevent rejection.
"The field of immunotherapy is still in its infancy," Weschler said. "We still need to learn more about the power of the treatments, but also their potential side effects."
Both experts agreed that the results of this study shouldn't dissuade parents from seeking an organ transplant for their child.
"The benefits of transplantation far outweigh the risks we are describing," Engels said.
"While cancer is a concern, for children or adolescents who need an organ, that's a life-saving operation. It has revolutionized the treatment of people with severe organ disease. Parents should not take this evidence and let it give them pause about proceeding with a transplant if their child really needs one," Engels said.
Weschler stressed that while transplant doctors do monitor for Epstein-Barr virus, parents should also be vigilant and not ignore symptoms or signs.
"If your child complains of pain in the neck, has difficulty breathing or has belly pain that doesn't go away, you need to look at the possibility of tumors," he said.
The hope is that this research will encourage further study of the Epstein-Barr virus -- either a vaccine or better antiviral medications to treat the virus, according to Weschler.
SOURCES: Eric Engels, M.D., cancer epidemiology and genetics division, U.S. National Cancer Institute; Daniel Weschler, M.D., Ph.D., associate professor of pediatric hematology and oncology, Duke University, Durham, N.C.; May 2017, Pediatrics
HealthDay
Copyright (c) 2017 HealthDay. All rights reserved.
News stories are written and provided by HealthDay and do not reflect federal policy, the views of MedlinePlus, the National Library of Medicine, the National Institutes of Health, or the U.S. Department of Health and Human Services.