What does pelvic prolapse surgery using mesh or graft involve and how does it differ from the existing standard repair technique?

Women who have surgery for their prolapse have a 3 in 10 chance of needing at least one more operation, so the success rate is not great.
Gynecologists hoped that using non-absorbable synthetic mesh or biological graft material as a patch to reinforce their standard repairs, the success rate would get better.
This approach has worked very successfully for patients having hernia repairs while initial summaries of evidence seemed to show that it might work for women having prolapse surgery too.

Why is the use of mesh and graft in prolapse surgery a controversial topic?

However, some women have reported long-term health problems after prolapse surgery with mesh, and this has led to considerable medico-legal interest as well as several investigations by regulatory bodies.
The evidence for the benefits of using mesh or grafts was of poor quality or inconclusive until the publication of PROSPECT.

Can you please outline your recent research project comparing the outcome of pelvic organ prolapse repairs?

PROSPECT was a pragmatic, multicenter randomized controlled trial conducted in 35 centers across the UK.  Women undergoing their first operation for prolapse were randomized to having a standard repair of the front or back wall of the vagina, or a repair reinforced by synthetic non-absorbable mesh, or a biological graft.
We measured the outcomes of surgery at 6 months and 1 and 2 years afterwards, mostly by asking women to fill in questionnaires about their symptoms and health. We also examined them at 1 year.

What were your main findings?

We found that, in contrast to previous research, women were just as likely to be cured after standard surgery as after the reinforced repairs. They were just as likely to have other symptoms such as bladder or sexual problems, and other adverse effects such as infection, bleeding or pain.
However, about 1 in 10 of the women who had mesh did have mesh exposure (when a, usually small, portion of the mesh becomes visible through the vaginal wall). Although not all women had symptoms, about half of those women needed a small operation to remove or bury the exposed mesh.
So there were no clear benefits from the use of mesh or graft over a standard repair in women having their first operation. However, synthetic mesh did result in some complications which posed extra risk.
Two other papers published on line in the Lancet on 21 December 2016 have drawn attention to other aspects of care for women with pelvic floor dysfunction.
Researchers from the Information Services Division have shown that long term results from mesh prolapse surgery are no better than from standard repair, echoing the PROSPECT findings (Morling et al; http://www.thelancet.com/journals/lancet/onlineFirst).
Indeed their longer time span showed that women had increased risks of later complications as well as being more likely to need further prolapse or continence surgery.
The PrevProl study showed that pelvic floor exercises should be tried as a first line as they have been shown to reduce prolapse symptoms or prevent their progression, at least in the short term (Hagen et al; http://www.thelancet.com/journals/lancet/onlineFirst). Women can also reduce risk factors for prolapse such as by treating obesity, heavy lifting and chronic cough.
Prevention and conservative treatment such as using pessaries can avert or delay surgery. However, if these fail, women should be reassured that if they do need surgery, they ought to go ahead with standard operations, while being aware of the risks and chance of failure. 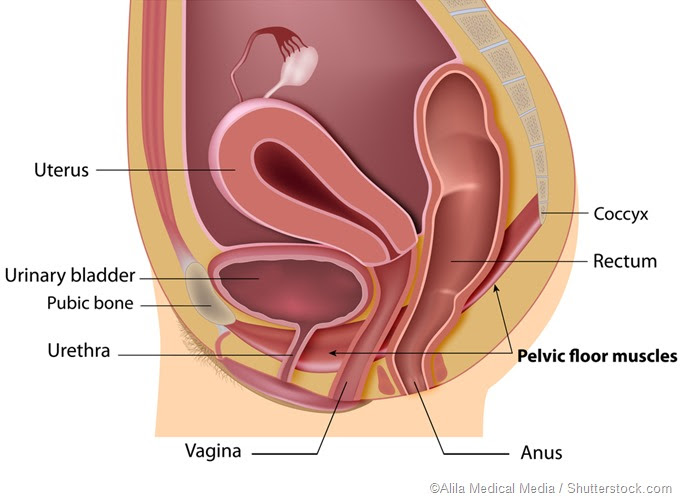 Were you surprised by the results?

Yes, because the most rigorous summary of all previous RCTs on the use of mesh (most recently updated in February 2016, Maher et al) suggested that the use of non-absorbable mesh in prolapse surgery was better in terms of both anatomical cure and prolapse symptoms than surgery without mesh.
Our trial clearly showed that there was no difference in any of the outcomes measured. We did, however, provide reliable evidence to confirm the finding of no extra benefit from the use of biological grafts.
Maher C, Feiner B, Baessler K, Christmann-Schmid C, Haya N, Marjoribanks J. Transvaginal mesh or grafts compared with native tissue repair for vaginal prolapse. Cochrane Database of Systematic Reviews 2016, Issue 2. Art. No.: CD012079. DOI: 10.1002/14651858.CD012079

How do your findings compare to previous studies?

Our trial has reliably shown for the first time that women having their first prolapse operation do not benefit from the use of non-absorbable mesh, in contrast to the amalgamated results of all previous RCTs (Maher et al). We also provided reliable evidence that biological grafts do not help either.

What impact do you think your findings will have?

Women contemplating having their first prolapse operation can now be reliably counseled to avoid mesh inlays as these will not improve their chances of benefit from the operation. They may lead to unwanted side effects, some of which may require further surgery. Neither will they benefit from the use of biological grafts. Using either type of inlay is more expensive than standard surgery alone.

What further research is required?

We still need to find a way of making prolapse surgery work better, so that more women will be cured without needing further surgery for prolapse or side effects. The jury is still out on whether women having repeat surgery, or women at high risk of failure, may still benefit from mesh.
We also need to find acceptable alternatives to surgery which cure women’s symptoms without exposing them to excess risk.

What do you think the future holds for pelvic prolapse surgery?

With an ageing population, more women than ever before will require prolapse surgery. Traditional surgery, however carried out, has a 30% chance of failure. We need to identify which women will benefit most, and which type of surgery works best.
It may be that some women have specific risk factors which make failure more likely. The risk of failure rises with each successive operation. Perhaps the best strategy is to try to avoid surgery (for example by the use of pelvic floor muscle training or pessaries) so that surgery is reserved for women for whom other treatments are unsuitable or when all else has failed.
Whichever route is chosen to treat women with prolapse, it is essential that they are counseled in a realistic and evidence-based way so that they can truly understand the risks and benefits of different approaches. 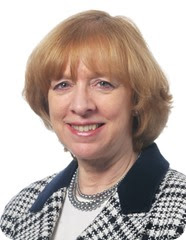 Cathryn Glazener graduated in Medicine at Dundee University in 1979 After training in obstetrics and gynecology, she undertook research in infertility in Bristol, being awarded an MD for her thesis on management of unexplained infertility in 1984. She completed her postgraduate training in obstetrics and gynecology in Aberdeen, gaining MRCOG in 1986 and admitted as FRCOG in 2003.
She joined the Health Services Research Unit, University of Aberdeen, in 1988 as a Wellcome Health Services Research Training Fellow. In HSRU, she evaluated postnatal care for her PhD in 1999. This work led to a number of related randomized trials in incontinence, neonatology and postnatal support.
She became Reader in Health Services Research in 2006, and was awarded a Personal Chair in 2009. She was the Chief Investigator on several large multi-center randomized controlled trials in pelvic floor dysfunction including urinary and fecal incontinence, and prolapse; and a reviewer on a number of Cochrane reviews. She was also the Co-coordinating Editor of the Cochrane Incontinence Review Group until she retired in March 2016.
Publicado por salud equitativa en 8:53