Or should we get used to the "two-child norm"? 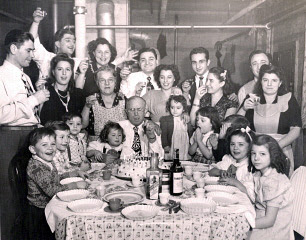 Many countries, alarmed by the prospect of continued low fertility rates, waking up to the idea that babies become future taxpayers and workers, overshadowed by a growing pension and health bill thanks to an ageing population, are trying desperately to encourage their young people to procreate. We've blogged about Denmark's quirky attempts, twice, to raise the birth rate, seen Italy's controversial ad campaign for “fertility day”, even Southland at the bottom of New Zealand is contemplating saying “C'mon mate, let's all mate” to its citizens. In South Korea the Ministry of Health turned the lights out at 4pm in 2010 to encourage its civil servants to go home and make babies. In Turkey, President Erdogan told women in 2015 that they “should not focus on any career other than the career of motherhood”. In Taiwan, the low birthrate has been labled a “national security threat” while across the Formosa Strait even China's infamous anti-natalist stance has softened somewhat in recent years.
But how much good do such official exhortations to have more children actually do? Stuart Gietel-Basten, an Associate Professor of social policy at Oxford, has written at the Conversation of his doubts that such campaigns get at the underlying reasons why people are not having children. He points out that one of the most expansive pro-natalist schemes in the world has had little impact upon fertility rates:
“In Singapore ... couples are given assistance in meeting prospective partners, preferential access to public housing, huge baby bonuses, support for child and healthcare, assistance in child’s savings, and tax rebates. In total, the state hands over more than £90,000 in subsidies before a child reaches the age of 13. Yet, Singapore continues to have one of the lowest fertility rates in the world, and there is little evidence that this will change anytime soon.”
So what are the fundamental reasons for low fertility rates? Why are government calls to have more children likely to fall on deaf ears? According to Gietel-Basten, it is due to economic uncertainty. Prospective parents are worried about the lack of employment (or secure employment), they are worried about the increase in house prices, they are concerned that combining work and motherhood is not practical, women are concerned about having to bear a double burden of work and homecare. In short, there are many reasons why people are deferring having children, having fewer children or deciding to not have children at all. Whether a national campaign from the government (with all the overtones of politicians in the bedroom) will overcome such reasons is doubtful.
Gietel-Basten thinks that we are seeing a “two-child norm” around the world, including Italy, with parents not so much eschewing parenthood entirely, but deciding to limit their family size to two at the most. (In Italy, the last time that the total fertility rate hit 2 children per woman was in 1976 – forty years ago. This suggests that while some couples are limiting their family to two, many others are having one or none. In 2015, Italy's fertility rate was 1.35).The “two-child norm” he argues represents a “frustrated, unrealised potential”. If goverments tackle these underlying problems then “low fertility may sort itself out”. Perhaps, but one does wonder if things are too late? If a country experiences a couple of generations of low fertility, does that become the new normal? How hard will it be for couples with little experience of “big” families (more than two children) to decide to have more than the “two-child norm”?

The focus in the same-sex marriage debate is nearly always on rights allegedly denied to gays and lesbians. What about the rights of children? This is the question that is brushed aside.
But as Margaret Somerville argues in today's lead feature, "when, as in same-sex marriage, we are faced with a conflict between children’s rights and adults’ claims, ethically we should choose in favour of the weakest, most in need, most vulnerable persons. That means choosing what is best for children." An excellent discussion.