Why Texting While Driving Can Be So Hazardous: MedlinePlus

Why Texting While Driving Can Be So Hazardous: MedlinePlus

Why Texting While Driving Can Be So Hazardous 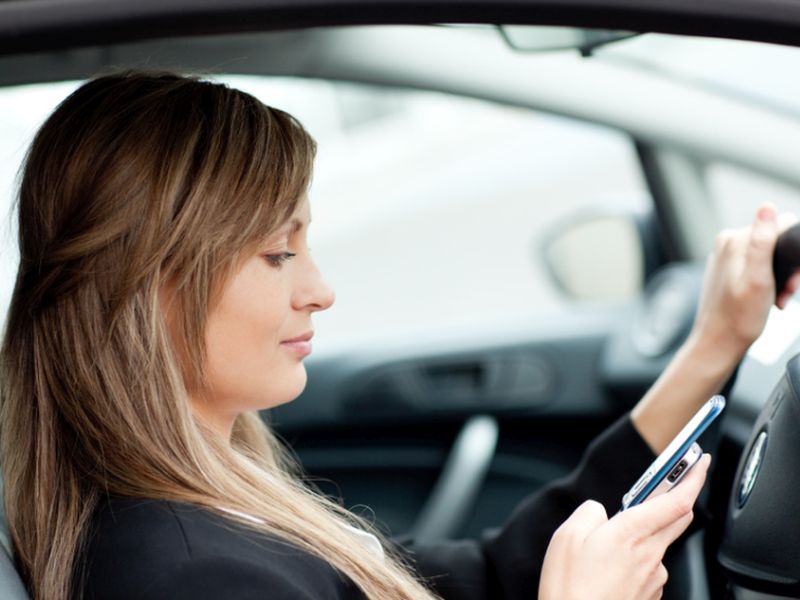 THURSDAY, May 12, 2016 (HealthDay News) -- Texting while driving is riskier than driving while upset or mentally distracted, a new study suggests.
Researchers from the University of Houston and the Texas A&M Transportation Institute said that drivers have a sixth sense that offsets absent-minded or emotional driving. But this extra sense doesn't kick in among drivers who are texting because their eye-hand coordination loop is broken, the researchers explained.
"What makes texting so dangerous is that it wreaks havoc into this sixth sense. Self-driving cars may bypass this and other problems, but the moral of the story is that humans have their own auto systems that work wonders, until they break," study leader Ioannis Pavlidis said in a University of Houston news release. Pavlidis is director of the university's Computational Physiology Laboratory.
The study involved 59 volunteers who were instructed to drive the same section of highway four times.
They drove once under "normal" conditions -- with no distractions, focusing solely on driving. Another time they drove while being distracted with mentally challenging questions. A third time they were distracted with emotionally charged questions. The fourth time they were preoccupied with texting. The drives were conducted in a random order to avoid bias.
Compared to the normal drives, the other driving tasks made the participants jittery behind the wheel.
But, it was only while texting that drivers veered out of their lane or drove unsafely, the researchers said. In fact, the drivers who became jittery while facing challenging questions or emotionally charged distractions drove even straighter, the scientists noted.
Pavlidis said a particular part of the brain is known to automatically intervene when there is a conflict. In the driving exercises, conflict comes from distracted or emotional driving or from texting. Pavlidis said these conflicts raise "levels of physiological stress, funneling 'fight or flight' energy to the driver's arms, resulting in jittery handling of the steering wheel."
The brain automatically offsets strong jitters in either direction with an equally strong reaction in the opposite direction, resulting in very straight driving, the researchers explained.
However, to work properly, this function needs support from the driver's eye-hand coordination loop. Texting while driving breaks the eye-hand coordination loop, the researchers said.
Without this loop, jittery hands on a steering wheel are unchecked, causing drivers to veer off course, the researchers said.
"Following up on the results of our science study, we are currently looking into the development of a car system to monitor outward driving behaviors, such as steering jitter or lane deviation, as well as the internal state of the driver that causes them," Pavlidis added.
SOURCE: University of Houston, news release, May 12, 2016
HealthDay
Copyright (c) 2016 HealthDay. All rights reserved.
News stories are provided by HealthDay and do not reflect the views of MedlinePlus, the National Library of Medicine, the National Institutes of Health, the U.S. Department of Health and Human Services, or federal policy.