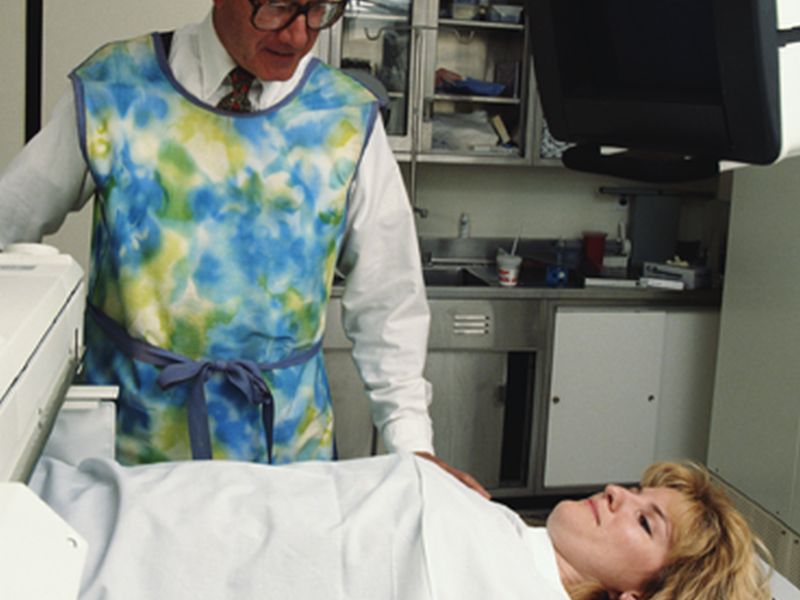 THURSDAY, May 12, 2016 (HealthDay News) -- Women who have their ovaries removed may have a higher-than-average risk of developing colon cancer, a large study suggests.
Researchers found that among nearly 196,000 Swedish women who'd had their ovaries removed, the risk of eventually being diagnosed with colon cancer was 30 percent higher than the norm for women their age.
The women had their ovaries removed for noncancerous conditions, so a history of ovarian cancer would not explain the findings, the researchers said.
Still, the link does not prove that ovary removal contributes to colon cancer risk, cautioned Mia Gaudet, strategic director of breast and gynecologic cancer research for the American Cancer Society.
The researchers were not able to account for a number of critical factors, said Gaudet, who was not involved in the study.
For one, she said, women who'd undergone ovary removal ("oophorectomy") may have had higher rates of colon cancer screening.
"Oophorectomy, itself, is tied to more frequent contact with the health care system, including higher rates of cancer screening," Gaudet said.
Beyond that, she said, there was limited information on the women's weight, and no details when it came to their diets or use of hormone therapy.
Lead researcher Dr. Josefin Segelman agreed that the study had limitations.
However, it is biologically plausible that ovary removal could affect colon cancer risk, according to Segelman, a colorectal surgeon at the Karolinska Institute in Stockholm.
Other research, she explained, has suggested that sex hormones influence colon cancer development: Some studies have linked hormone replacement therapy after menopause and birth control pills to a decreased colon cancer risk, for example.
And in lab studies, estrogen has been shown to inhibit colon cancer cells from growing, Segelman said.
But Gaudet cautioned that the connection between hormones and colon cancer is unclear. Studies have been "mixed," she said, as to whether a woman's natural estrogen levels, or hormone replacement therapy, are related to her odds of developing the cancer.
The latest findings, reported recently in the British Journal of Surgery, are based on records from women who'd had gynecologic surgery at some point between 1965 and 2011. The women had either had one or both ovaries removed, or had undergone a "possible" oophorectomy.
The study authors noted that the latter group included women who'd had a hysterectomy, but no clear indication that the ovaries had been removed, too. However, the procedures are commonly done together.
Overall, 1.6 percent of all women in the study were diagnosed with colon cancer over the next 18 years. That was 30 percent higher than would be expected for women their age, Segelman's team said.
Women who'd had both ovaries removed had a 2.3-times higher risk of rectal cancer than those who had only one ovary removed, the findings showed.
The researchers were able to account for a few other factors, such as whether the women had a diagnosis of diabetes or health problems related to smoking or heavy drinking -- habits that are connected to a heightened colon cancer risk.
The investigators also looked at whether the women had a "diagnosis" of obesity, but did not have any other information on weight and height.
Once those factors were considered, women who'd had both ovaries removed or who had undergone a possible oophorectomy generally had a higher cancer risk than women who'd had just one ovary removed.
Often, an oophorectomy is done to treat ovarian cysts, Gaudet explained. But some women have them removed to lower their risk of ovarian cancer -- including women who carry the BRCA gene mutations that greatly increase the lifetime risk of breast and ovarian cancers.
Segelman said her team had no genetic information on the study group, so it's not known how many women had their ovaries removed because of a BRCA gene mutation.
For now, both Segelman and Gaudet had similar advice for women: If your doctor recommends oophorectomy, discuss the reasons and the potential risks versus benefits.
And as far as colon cancer prevention, Gaudet suggested "focusing on the risk factors you can control."
"The American Cancer Society recommends eating a healthy, largely plant-based diet, limiting alcohol and maintaining a healthy weight," she said. "And definitely don't smoke."
SOURCES: Josefin Segelman, M.D., Ph.D., senior consultant colorectal surgeon, Karolinska Institute, Stockholm, Sweden; Mia Gaudet, Ph.D., strategic director, breast and gynecologic cancer research, American Cancer Society, Atlanta; April 26, 2016, British Journal of Surgery, online
HealthDay
Copyright (c) 2016 HealthDay. All rights reserved.
News stories are provided by HealthDay and do not reflect the views of MedlinePlus, the National Library of Medicine, the National Institutes of Health, the U.S. Department of Health and Human Services, or federal policy.