Other pitches not linked to the elbow injury, study says 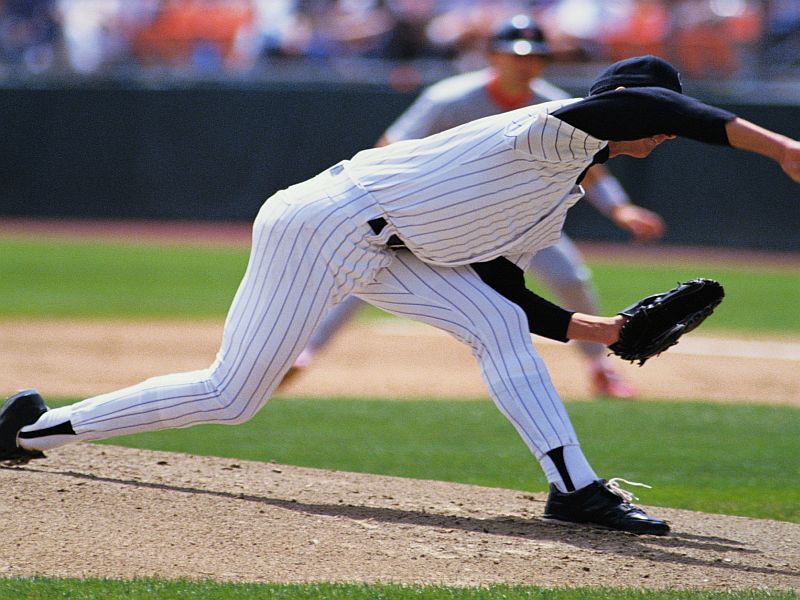 THURSDAY, May 26, 2016 (HealthDay News) -- A new study finds that throwing a lot of fastballs may increase a pitcher's risk of an elbow injury requiring "Tommy John surgery."
"Our findings suggest that throwing a high percentage of fastballs rather than off-speed pitches puts more stress on the elbow," said study author Dr. Robert Keller.
"This leads to elbow fatigue, overuse and, subsequently, injury," Keller, chief resident in the department of orthopedic surgery at Henry Ford Hospital in Detroit, said in a hospital news release.
Tommy John surgery is named after the big league pitcher who was the first to undergo the operation more than 40 years ago. Its medical name is ulnar collateral ligament (UCL) reconstruction. The procedure involves replacing the UCL in the medial elbow with a tendon from the same arm or the hamstring area.
The researchers found that 83 Major League Baseball pitchers who underwent Tommy John surgery averaged 7 percent more fastballs than those who did not have the surgery.
Other types of pitches -- such as curveballs, sliders and change-ups -- were not associated with increased risk of the outpatient surgery, the study found.
Nearly 25 percent of current MBL pitchers have had Tommy John surgery, the researchers said.
However, the findings need to be interpreted with caution, said senior study author Dr. Vasilios Moutzouros, an orthopedic surgeon at Henry Ford Hospital.
"Our research should not be interpreted by pitchers who may now think they can go out and throw 80 percent of curveballs and not be at risk of injury. With overuse and continued stress on the elbow, the potential for injury over time is very real and at any playing level," he said.
The findings were published recently in the Journal of Shoulder and Elbow Surgery.
SOURCE: Henry Ford Health System, news release, May 18, 2016
HealthDay
Copyright (c) 2016 HealthDay. All rights reserved.
News stories are provided by HealthDay and do not reflect the views of MedlinePlus, the National Library of Medicine, the National Institutes of Health, the U.S. Department of Health and Human Services, or federal policy.