Balloon-in-a-Pill May Be New Weight-Loss Tool 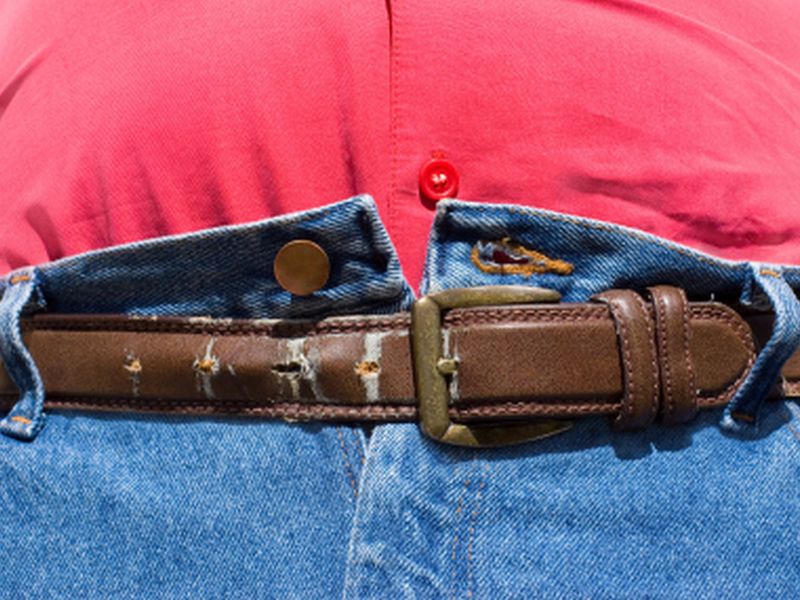 TUESDAY, May 24, 2016 (HealthDay News) -- A new ingestible and inflatable balloon system seems to be a noninvasive way to fill up the stomach and curb appetite, researchers report.
The balloon system, known as Obalon, helped obese people lose nearly 7 percent of their body weight, the investigators added.
So, how exactly does such as system work?
"Patients swallow a capsule containing a balloon tethered to a small catheter," said study author Dr. Shelby Sullivan, director of bariatric endoscopy at Washington University School of Medicine in St. Louis.
"Once it's reached the stomach, we inflate the balloon with a nitrogen mixed gas," Sullivan said.
Patients ingest three capsules in all: the second at three weeks, and a third at either week nine or 12. When expanded, each balloon holds about a cup of gas (750 cubic centimeters in all) to fill the stomach and reduce eating urges, the researchers explained.
At six months, all balloons are removed through an outpatient procedure (endoscopy), in which a flexible tube is inserted through the mouth and into the stomach.
"Because there's no incision and no breaking of the skin we don't think of it as 'invasive'," said Sullivan. Removal takes about 16 minutes, she added.
Obalon is not yet approved by the U.S. Food and Drug Administration. Ongoing studies to assess its benefits have been funded by the system's manufacturer, Obalon Therapeutics. A second balloon system, known as Elipse, is also being tested in ongoing trials.
Sullivan and her colleagues are to present their findings on Tuesday at the Digestive Disease Week meeting in San Diego. Findings presented at meetings are generally viewed as preliminary until published in a peer-reviewed journal.
Nearly 79 million Americans adults are considered obese, according to the U.S. Centers for Disease Control and Prevention. Obesity is defined as a body mass index (BMI) of 30 or higher. BMI is a rough estimate of body fat based on height and weight measurements.
There are a number of invasive treatment options for those struggling with "extreme obesity" (a BMI of 40 or higher), such as gastric bypass surgery. For those in the BMI range of 30 to 40, adjustable gastric banding (AGB) is an option, according to the U.S. National Institute of Diabetes and Digestive and Kidney Diseases.
The Elipse system entails swallowing just one balloon that is then filled with distilled water, rather than gas. After four months, that balloon automatically deflates and is naturally excreted, without endoscopic removal.
For the Obalon trials, 366 obese patients were divided into two groups. Half swallowed three Obalon balloons; the other half swallowed three sugar (placebo) capsules. The volunteers were between 22 and 64 years old.
Over six months, the placebo group lost 3.6 percent of their weight, on average, compared with 6.8 percent among the Obalon patients. And nearly two-thirds of the Obalon group lost at least 5 percent of their weight, compared to just a third of the placebo group, the study showed.
Sullivan characterized the Obalon as a "step forward," compared with currently available gastric balloons.
"Current balloons require giving patients a lot of anti-nausea and anti-spasmodic medications," she explained. "The Obalon is a lot better tolerated. And while current balloons prompt 80 percent of their weight loss in the first three months before trailing off, we didn't see any slow-down over time in the rate of weight loss with the Obalon."
Sullivan said it would be hard to estimate the cost of the new system right now. She acknowledged that it's unlikely to be immediately covered by insurance.
"But, assuming it's the same price as the other balloon systems at my own institution, I would guess it would probably be somewhere around $1,500," she said.
She added that the Obalon could be available by the end of the year, and so is "much farther along in the development process" than the Elipse.
Dr. John Morton, past president of the American Society for Metabolic and Bariatric Surgery, and chief of bariatric and minimally invasive surgery at Stanford University in California, said the Elipse system may eventually have a leg up on Obalon.
"I think the Elipse is potentially truly revolutionary because it's something that you can swallow and, unlike the Obalon, excrete on your own," he said. "And the other issue is that saline balloons always do better than air balloons, which not everyone can easily swallow.
"But the Obalon system has been available overseas for years, particularly in Mexico, and have been placed with some frequency," Morton acknowledged. "And there haven't been any head-to-head comparisons, so it's hard to make a scientific assessment until we do that."
SOURCES: Shelby Sullivan, M.D., assistant professor, medicine, and director, bariatric endoscopy, Washington University School of Medicine, St. Louis; John Morton, M.D., past president, American Society for Metabolic and Bariatric Surgery, and chief, bariatric and minimally invasive surgery, Stanford University, Stanford, Calif.; May 24, 2016, presentation, Digestive Disease Week meeting, San Diego
HealthDay
Copyright (c) 2016 HealthDay. All rights reserved.
News stories are provided by HealthDay and do not reflect the views of MedlinePlus, the National Library of Medicine, the National Institutes of Health, the U.S. Department of Health and Human Services, or federal policy.