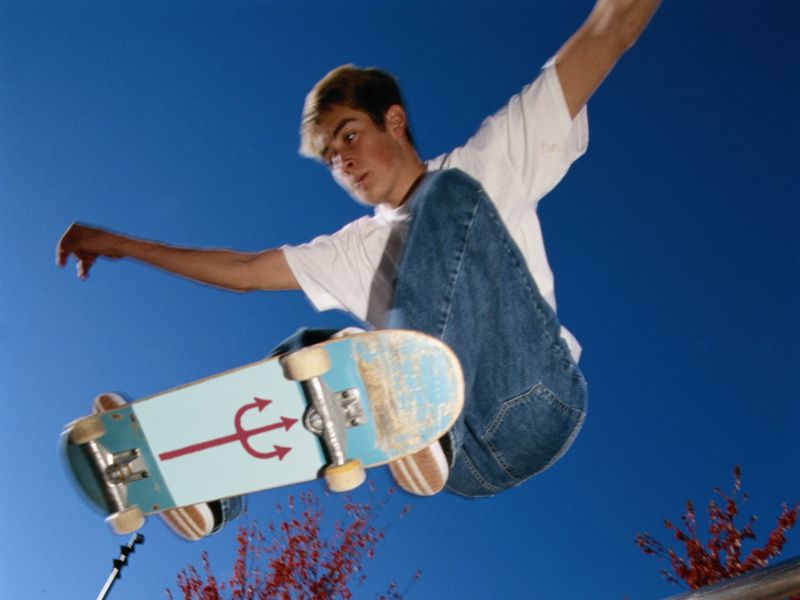 TUESDAY, April 26, 2016 (HealthDay News) -- Skateboarding can be a fun and challenging activity, but it also comes with a significant risk of injury, researchers report.
The researchers examined data spanning two decades and found that more than 64,500 U.S. children and teens were treated in hospital emergency rooms each year -- about 176 a day -- for skateboarding-related injuries. Fractures and dislocations were among the most common injuries, the study indicated.
"Part of the fun of skateboarding and board sports in general is using gravity to kind of get away with something you can't get away with just running on your own two feet. But when you come down, it's just like when someone hits you with a hammer. It hurts, and things can break," said Dr. Mark Morocco, an associate clinical professor of medicine/emergency medicine at Ronald Reagan UCLA Medical Center. Morocco was not involved in the current research.
Five deaths were reported during the study period. All were due to motor vehicle collisions. But the study's lead author, Lara McKenzie, suggested that the death rate may be underreported. McKenzie is a principal investigator with the Center for Injury Research and Policy at Nationwide Children's Hospital in Columbus, Ohio.
The study included data for kids between 5 and 19 years old. All were treated in U.S. emergency departments for skateboarding-related injuries from 1990-2008.
From 1990 to 1994, the number of skateboarding injuries actually fell. But from 1994 through 2008, the rate of injuries rose again, according to the study.
McKenzie believes those changes can be attributed to "the waxing and waning of the popularity of the sport. Kids want to do it, they do, then move on to the next thing," she said.
Males were far more likely than females to be injured. Almost 40 percent of injuries occurred at home. Just under 30 percent occurred on a street or highway, the study found.
One piece of good news from the study is that most of the kids injured don't end up admitted to the hospital.
Young daredevils may try to emulate tricks they've seen professionals do, but Morocco noted that professionals take extra safety precautions.
"Professionals try to balance [the risk] by doing them in places like a controlled course; a controlled setting, where there are run off areas that make it easier to slow down. As riders come off a skateboard, they'll slide off a slope and come to a stop, rather than into a tree. And they're wearing pads and full armor," he said.
"They might get a scrape, but tend not to get the fractures. The problem we see is as kids get more skilled on skateboards, they'll take slightly higher risks and often don't up the safety ante by adding more safety elements, like helmets and elbow pads," Morocco added.
So, if kids are going to try to copy their favorite pro's moves, they need to make sure they also copy the protection that the pros wear, he advised.
Neither expert expects that kids will give up skateboarding.
"If my kids like to skateboard, I'd just institute all the best practices to make sure they have the lowest risk of getting injured," said McKenzie. "I'd try to take them to a skate park that's designed for skateboarding instead of letting them do it in the street. Or I'm going to make them wear helmets instead of saying 'let them just go and we'll see what happens.' I wouldn't take it away from them just because there's a risk."
Findings from the study were published this month in the journal Injury Epidemiology.
SOURCES: Lara McKenzie, Ph.D., principal investigator, Center for Injury Research and Policy, Nationwide Children's Hospital, Columbus, Ohio; Mark Morocco, M.D., clinical professor, Emergency Medicine, University of California, Los Angeles Medical Center; April 8, 2016, Injury Epidemiology, online
HealthDay
Copyright (c) 2016 HealthDay. All rights reserved.
News stories are provided by HealthDay and do not reflect the views of MedlinePlus, the National Library of Medicine, the National Institutes of Health, the U.S. Department of Health and Human Services, or federal policy.