Building Muscle Could Boost the Body's Most Important Muscle: MedlinePlus

Building Muscle Could Boost the Body's Most Important Muscle: MedlinePlus

Building Muscle Could Boost the Body's Most Important Muscle 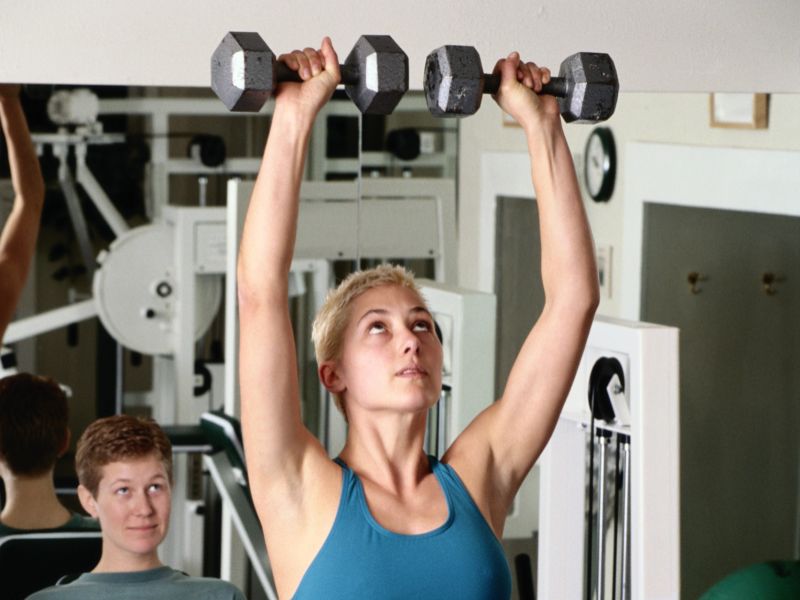 THURSDAY, April 28, 2016 (HealthDay News) -- Having more muscle and less fat reduces the risk of early death in people with heart disease, a new study suggests.
Doctors should encourage patients to do resistance exercises as part of a healthy lifestyle, rather than emphasizing and monitoring weight loss, the study authors advised.
For the study, Dr. Preethi Srikanthan of the University of California, Los Angeles, and colleagues analyzed data gathered from more than 6,400 Americans with heart disease.
The investigators found that people with higher amounts of muscle and lower levels of body fat were less likely to die of heart problems or any other causes than those in three other groups based on body composition. The groups were: low muscle/high fat; low muscle/low fat; or high muscle/high fat.
Because people with more muscle were more likely to have a high body mass index (BMI, a measurement based on height and weight), the findings could explain what's called the "obesity paradox," where people with a higher BMI have lower death rates, the researchers suggested.
The study results show the importance of maintaining muscle mass in order to reduce the risk of premature death, even in people with a higher heart risk, the study authors said in a university news release.
According to the American College of Sports Medicine, resistance training -- also called strength training -- can be done with common household products, for example, milk jugs filled with sand. Or, people can use traditional free weights and dumbbells, weight machines, elastic tubing or medicine balls. But consult your doctor before starting any exercise program, the experts say.
The findings were published this month in the American Journal of Cardiology.
SOURCE: University of California, Los Angeles, news release, April 21, 2016
HealthDay
Copyright (c) 2016 HealthDay. All rights reserved.
News stories are provided by HealthDay and do not reflect the views of MedlinePlus, the National Library of Medicine, the National Institutes of Health, the U.S. Department of Health and Human Services, or federal policy.