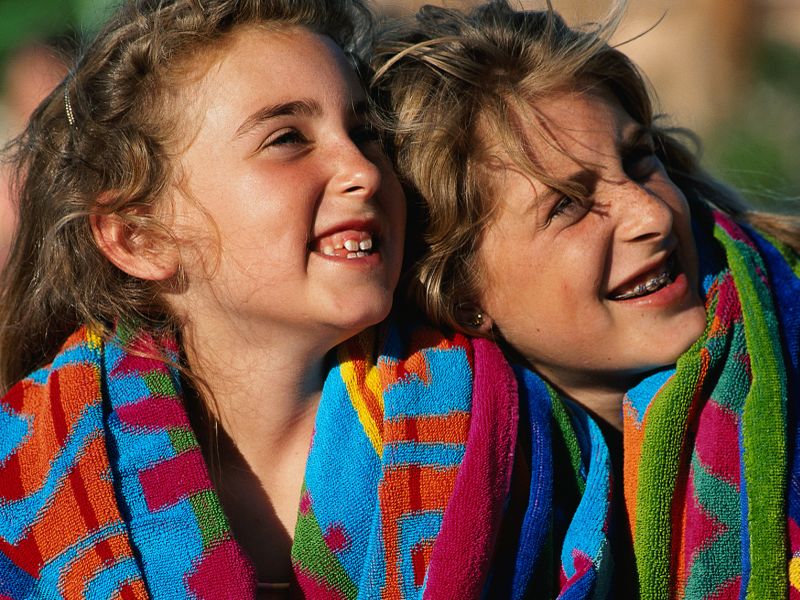 THURSDAY, April 28, 2016 (HealthDay News) -- Although it's long been known that fraternal twins run in families, researchers say they've just pinpointed two genes that seem to be associated with having such twins.
Fraternal twins occur when two separate eggs are fertilized with two separate sperm, creating two genetically unique children in the same pregnancy.
One gene variant -- called FSHB -- increased the odds of having twins by 18 percent, according to the study. FSHB is associated with higher levels of follicle-stimulating hormone (FSH), which increases the likelihood that a woman's ovaries will release multiple eggs at the same time. And, multiple eggs boost the odds that more than one egg will get fertilized at the same time, the researchers explained.
The second genetic variant -- SMAD3 -- upped the odds of fraternal twins by 9 percent, the study found. SMAD3 likely plays a role in how the ovaries respond to FSH, the researchers said.
Women with both variants were 29 percent more likely to have twins, the study showed.
The study was published April 28 in the American Journal of Human Genetics.
"There's an enormous interest in twins, and in why some women have twins while others don't," study author Dorret Boomsma, said in a journal news release. She's a biological psychologist at Vrije Universiteit in Amsterdam, in the Netherlands.
"The question is very simple, and our research shows for the first time that we can identify genetic variants that contribute to this likelihood," Boomsma added.
The findings stem from genetic analyses of more than 5,500 women from Europe, the United States and Australia who conceived fraternal twins with and without fertility treatment. The study also included genetic information on more than 300,000 women who didn't have twins.
According to the researchers, the results are important for infertility research. FSH is injected to stimulate the ovaries and obtain eggs for in-vitro fertilization, but some women's ovaries over-respond to the hormone, the study authors explained.
The researchers said they plan to develop a genetic test to identify women at risk for this problem.
SOURCE: American Journal of Human Genetics, news release, April 28, 2016
HealthDay
Copyright (c) 2016 HealthDay. All rights reserved.
News stories are provided by HealthDay and do not reflect the views of MedlinePlus, the National Library of Medicine, the National Institutes of Health, the U.S. Department of Health and Human Services, or federal policy.