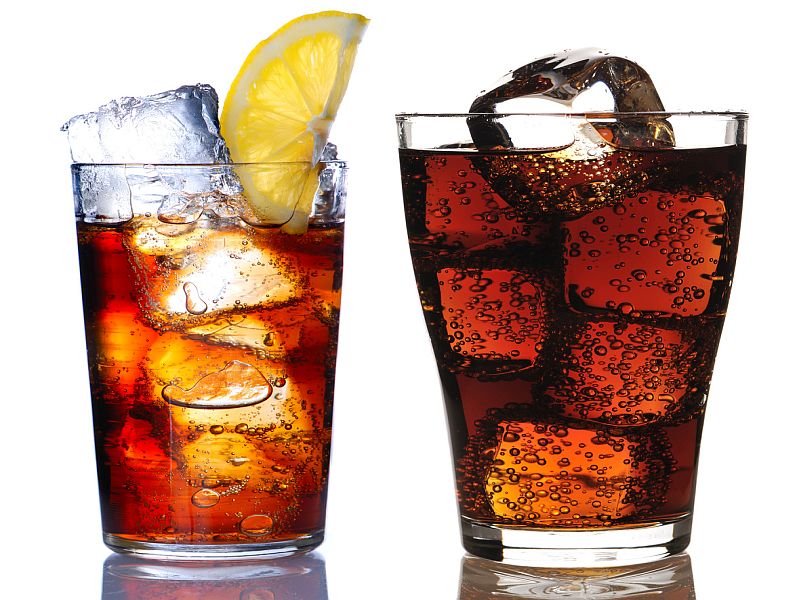 THURSDAY, Feb. 25, 2016 (HealthDay News) -- Almost one-third of Americans drink at least one sugar-laden soda or juice every day, federal health officials report.
Sugary drinks are a major source of added sugars consumed by Americans, according to the U.S. Centers for Disease Control and Prevention. These drinks can promote obesity and its consequences, such as type 2 diabetes and heart disease, experts said.
"Sugar-sweetened beverages are heavily marketed to people 18 to 24, as this survey indicates," said Samantha Heller, a senior clinical nutritionist at New York University Medical Center.
Unfortunately, these drinks often don't have any nutritional value, said Heller, who wasn't involved in the current study.
Sohyun Park, of the CDC's National Center for Chronic Disease Prevention and Health Promotion, and colleagues reported their findings in the Feb. 26 issue of the Morbidity and Mortality Weekly Report.
Park said the amount of sugar in these drinks varies, but average nearly eight teaspoons a 12 oz. serving. The U.S. Food and Drug Administration recommends limiting the amount of added sugar people consume to 12.5 teaspoons a day.
The researchers found that the amount of sugar-sweetened sodas and juices that Americans drink varies widely across the country.
The survey included people in 23 states and the District of Columbia. The researchers asked the study volunteers if they had one or more sugar-sweetened drinks daily. Answers ranged from a low of 18 percent in Vermont up to 47.5 percent in Mississippi.
People aged 18 to 24 were most likely to consume at least one sugary drink a day. Others most likely to have at least one of these drinks a day included men, black people, unemployed adults, and those with less than a high school education, the study found.
"The question is, how do we muscle past the highly funded advertising campaigns targeting children and young adults to get the message across that, over time, consuming sugary drinks regularly can make people very sick," Heller said.
The solution has to start at home, she said. "Kitchens should have beverages such as water, seltzer, 100 percent juices and unsweetened soy milk for family members to drink," she added.
People also have to train their palates away from highly sweetened and artificially sweetened drinks to simpler, healthier choices, Heller suggested.
"This will take time and persistence. Start today by not purchasing sodas or fruit drinks. Re-stock your refrigerators with pitchers of water with slices of oranges or strawberries and seltzer," she said.
SOURCES: Samantha Heller, M.S., R.D., senior clinical nutritionist, New York University Medical Center, New York City; Feb. 26, 2016, Morbidity and Mortality Weekly Report, U.S. Centers for Disease Control and Prevention
HealthDay
Copyright (c) 2016 HealthDay. All rights reserved.