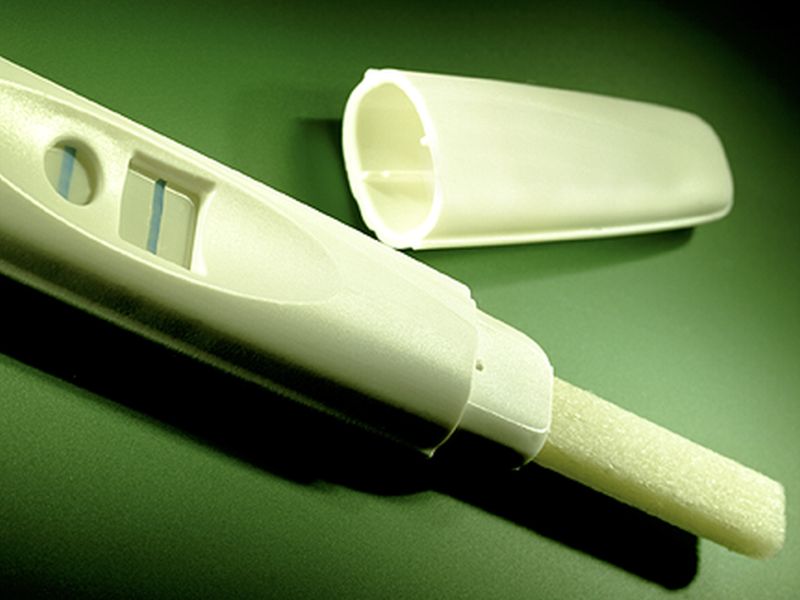 FRIDAY, Dec. 11, 2015 (HealthDay News) -- The U.S. abortion rate has declined by more than one-third over the past two decades to a record low, federal officials reported Friday.
Abortions fell 35 percent between 1990 and 2010, reaching 17.7 procedures per 1,000 women aged 15 to 44, said report lead author Sally Curtin, a statistician for the Centers for Disease Control and Prevention's National Center for Health Statistics.
That's the lowest abortion rate since the CDC began tracking the procedure in 1976, Curtin said.
"Abortion has been on a nearly steady decline since the rate peaked in 1980," she said.
The pregnancy rate also hit an all-time low in 2010, according to the report.
Many factors likely contribute to the reduction in abortions, but increased use of highly effective birth control is one of the most important trends, said report co-author Kathryn Kost, principal research scientist at the Guttmacher Institute, a sexual and reproductive health think-tank.
Pregnancy rates have been declining across the board for women under age 30, according to the CDC report. That includes a 67 percent reduction for teens 14 or younger and a 50 percent reduction for teens 15 to 19.
At the same time, pregnancy rates increased for women 30 and older between 1990 and 2010, suggesting that men and women are using effective contraception and choosing to start families later in life, Kost said.
"Across the states, the rate of unintended pregnancy is going down," Kost said. "That suggests that fewer women are getting pregnant when they don't want to. It's happening across the board, and affects the birth rate and the abortion rate."
Eric Ferrero, vice president of communications for Planned Parenthood, agreed, adding that "there is more that can be done to improve access to contraception, which will help further reduce the rate of unintended pregnancy."
Randall O'Bannon, director of education and research for the National Right to Life Educational Trust Fund, said the abortion rate is declining because "people's attitudes and actions regarding abortion have changed."
"It is clearly the case that women who are pregnant are now more likely to choose life for their babies than was the case 20 or even 30 years ago," O'Bannon said.
Pro-life pregnancy care centers have provided alternatives to abortion such as adoption, financial assistance and school assistance, he said.
O'Bannon added that legislation requiring women to consider alternatives to abortion has played a role as well, but Kost is doubtful of that.
She said the latest statistics in the report are for 2010, before state legislatures passed the most recent wave of abortion restrictions.
"We're looking at 2010, and the upturn in the restrictions on abortions really took off in 2011 and 2012," Kost said. "You're seeing these declines in the absence of any of that. We had already been seeing these declines."
The CDC report covered the rate of pregnancy in America, plus the rate of the three possible results of pregnancy: live birth; abortion; or fetal loss through miscarriage or stillbirth.
The pregnancy rate reached a record low in 2010, with 98.7 pregnancies for every 1,000 women aged 15 to 44, the report found.
"Since we've been compiling these numbers, the pregnancy rate was the lowest on record," Curtin said. "This is the first time it dropped below 100."
Live births declined by 10 percent between 1990 and 2010, while fetal loss rates remained relatively constant, according to data in the report.
In 2010, for every 100 pregnancies, 65 ended in birth, 18 in abortion and 17 in fetal loss, Curtin said.
SOURCES: Sally Curtin, M.A., statistician, U.S. Centers for Disease Control and Prevention, National Center for Health Statistics; Eric Ferrero, vice president of communications, Planned Parenthood Federation of America; Kathryn Kost, Ph.D., principal research scientist, Guttmacher Institute; Randall O'Bannon, Ph.D., director, education and research, National Right to Life Educational Trust Fund: Dec. 11, 2015, CDC National Center for Health Statistics report, 2010 Pregnancy Rates Among U.S. Women
HealthDay
Copyright (c) 2015 HealthDay. All rights reserved.