Marijuana and Cannabinoids: A Neuroscience Research Summit is being convened on March 22-23 by NIMH and several other NIH institutes and centers. The focus will be on the neurological and psychiatric effects of marijuana, other cannabinoids, and the endocannabinoid system. Both the adverse and the potential therapeutic effects of the cannabinoid system will be addressed. Registration opens January 2016.
Learn more.... 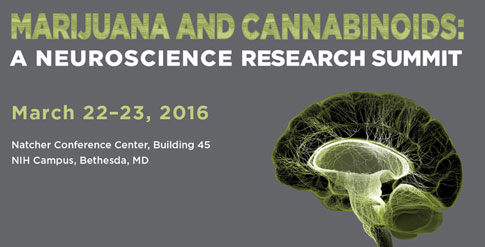