Genetic Abnormality May Explain Health Complications of Down Syndrome: MedlinePlus

Genetic Abnormality May Explain Health Complications of Down Syndrome: MedlinePlus

Genetic Abnormality May Explain Health Complications of Down Syndrome

Finding might lead to ways to help prevent heart disease, diabetes in these patients, researchers say 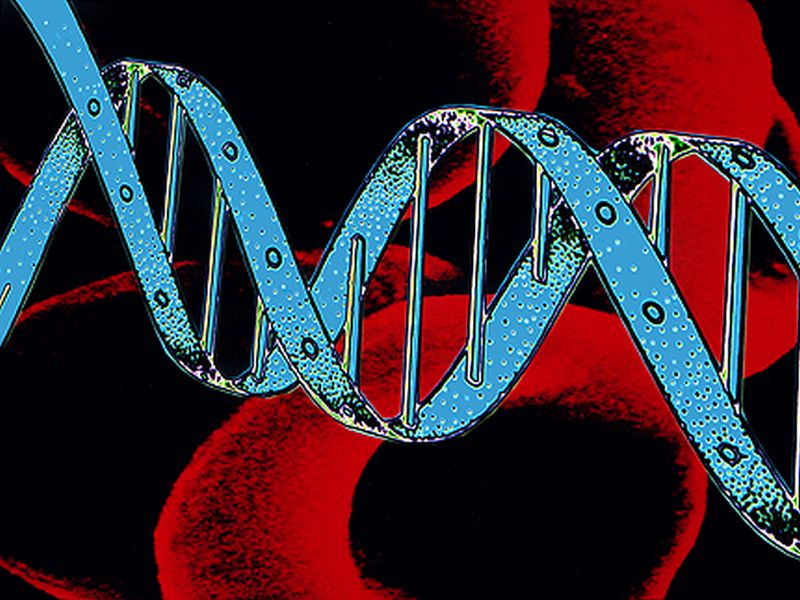 MONDAY, Dec. 14, 2015 (HealthDay News) -- People with Down syndrome have long been known to face a higher risk for a range of other illnesses, including heart disease, diabetes and immune disorders.
Now, a new study has honed in on a possible cause: too much of a specific gene that disturbs the peripheral nervous system.
The peripheral nervous system is involved in basic organ-related activities. These activities include heartbeat, blood pressure and blood sugar levels, the Johns Hopkins University researchers explained.
They looked at tissue samples from both mice and people with Down syndrome. They found that those with Down syndrome carry three times the normal amount of a certain gene called RCAN1. This particular gene helps regulate a protein known as "nerve growth factor."
Excess amounts of RCAN1 lower the activity of nerve growth factor, the researchers observed.
And that change led to impaired development of the peripheral nervous system.
"There's been a whole aspect of the nervous system that has been ignored in Down syndrome, and perhaps in other neurological disorders," study co-author Rejji Kuruvilla, an associate professor in Hopkins' department of biology, said in a news release from the Baltimore-based university.
"[And] when you think about therapeutic interventions that could affect life quality, it's important to not ignore this important aspect of the nervous system," Kuruvilla added.
The finding of a genetic smoking gun could, in theory, help direct researchers towards new therapies that might lower the specific health risks caused by Down syndrome-related peripheral nervous system damage, Kuruvilla said.
The findings also raise additional questions as to what other health issues might be attributable to abnormally high amounts of RCAN1, she said. For example, RCAN1 also plays a role in regulating nerve growth factor in an area of the brain linked to Alzheimer's disease.
Findings from the study were published in the Dec. 14 issue of Nature Communications.
SOURCE: Nature Communications, news release, Dec. 14, 2015
HealthDay
Copyright (c) 2015 HealthDay. All rights reserved.