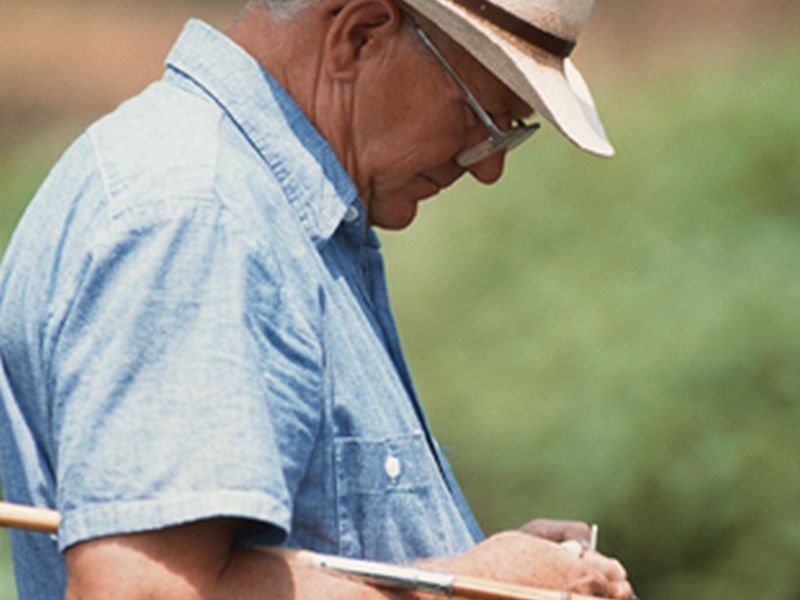 MONDAY, Nov. 30, 2015 (HealthDay News) -- Humans have evolved to have gene variants that protect older adults from mental decline, new research suggests.
"We unexpectedly discovered that humans have evolved gene variants that can help protect the elderly from dementia," study co-leader Dr. Ajit Varki, a professor of medicine and cellular and molecular medicine at the University of California, San Diego School of Medicine, said in a university news release.
"Such genes likely evolved to preserve valuable and wise grandmothers and other elders, as well as to delay or prevent the emergence of dependent individuals who could divert resources and effort away from the care of the young," Varki added.
Among vertebrates, humans and certain whales are exceptions to the rule that individuals die when they are no longer able to reproduce, the study authors said. This means that older people can continue to pass down important knowledge and help with tasks such as caring for grandchildren.
Varki and colleagues found that levels of a CD33 gene variant that protects against Alzheimer's are four times higher in humans than in chimpanzees. They also found that the APOE2 and APOE3 gene variants appear to have evolved to protect against dementia.
The study was published Nov. 30 in the Proceedings of the National Academy of Sciences.
"When elderly people succumb to dementia, the community not only loses important sources of wisdom, accumulated knowledge and culture, but elders with even mild cognitive [mental] decline who have influential positions can harm their social groups by making flawed decisions," study co-leader Pascal Gagneux, an associate professor pathology, said in the news release.
"Our study does not directly prove that these factors were involved in the selection of protective variants of CD33, APOE and other genes, but it is reasonable to speculate about the possibility. After all, inter-generational care of the young and information transfer is an important factor for the survival of younger kin in the group and across wider social networks or tribes," he explained.
SOURCE: University of California, San Diego, news release, Nov. 30, 2015
HealthDay
Copyright (c) 2015 HealthDay. All rights reserved.