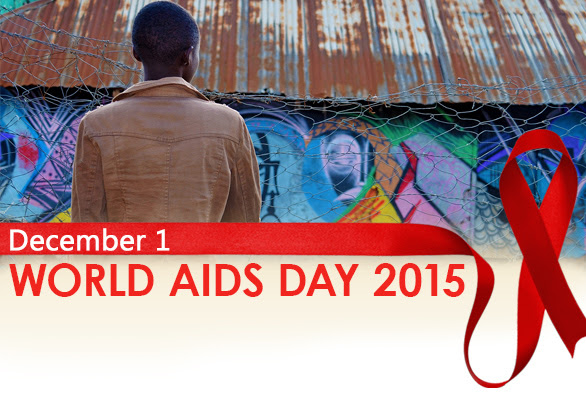 
Every year on December 1, World AIDS Day is commemorated. In many ways, this year will be remembered as a watershed year in the fight against AIDS: scientific progress in HIV prevention and treatment, reaching the global target of 15 million people on HIV treatment, and new WHO guidelines calling for early HIV treatment and use of PrEP as an important prevention option for those at high risk for HIV. Yet, HIV remains a leading cause of death worldwide, and we still must overcome significant challenges.
Globally, there are an estimated 36.9 million people living with HIV. There are 2.1 million new infections every year and 1.2 million deaths. Nearly three-fourths of the new HIV infections are in sub-Saharan African countries.
As a key partner in the U.S. President’s Emergency Plan for AIDS Relief (PEPFAR), CDC provides research, technical assistance and funding support that helps more than 60 countries build capacity for leading and sustaining their national HIV/AIDS programs.
In advance of World AIDS Day, CDC has released two studies in its MMWR that provide important insights to help guide the global response to HIV. One confirms that routine HIV viral load testing can be achieved even in resource-constrained settings such as the seven sub-Saharan African countries studied. Another finds striking gender disparities in access to HIV treatment in developing countries with more women than men likely to be on antiretroviral treatment.
Whether through research or critical efforts on the ground, CDC is committed to winning the fight against HIV globally. On this World AIDS Day, CDC stands with our U.S. government colleagues and partners in affirming our collective resolve to meet the ambitious but achievable goal of ending HIV/AIDS by 2030. The path forward is clearer than ever, and the time to act is now.

A World AIDS Day message from Shannon Hader, Director of CDC’s Division of Global HIV and TB*
“On World AIDS Day, we remember the millions who have died tragically and before their times; we celebrate the remarkable scientific achievements that have given us tools to fight back and to envision a brighter future; and we recommit to taking the next actions needed to bring about the end to HIV as a public health threat. At this time—nearly 35 years into the epidemic—we have more tools and knowledge than ever before to fight HIV. Maximizing these tools requires working together to confront and overcome the challenges that remain. With the global population of young people expected to dramatically increase over the next five years, we must also step up efforts to help both young men and young women stay HIV-free, especially in the developing world.
On this World AIDS Day, CDC stands with our U.S. government colleagues and partners around the world in affirming our collective resolve to meet the ambitious but achievable goal of ending the HIV/AIDS epidemic by 2030. The path forward is clearer than ever, and the time to act is now.”

World AIDS Day Social Media Help get #WAD2015 trending on Facebook and Twitter by sharing and re-tweeting Awareness Day messages or creating your own. Here some sample posts you can use today.
Twitter