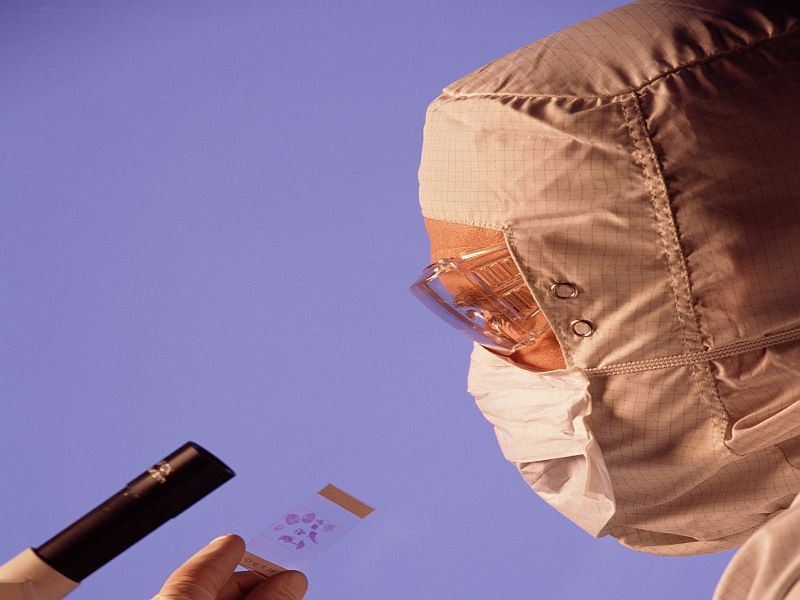 THURSDAY, Dec. 10, 2015 (HealthDay News) -- Scientists are testing a noninvasive alternative to lymph node biopsy for detecting early signs that melanoma skin cancer has spread.
Patients currently undergo surgical removal, often involving a radioactive tracer, of these lymph nodes to screen for wayward cancer cells. But researchers say that in most cases this approach uncovers no sign of cancer spread while exposing patients to unnecessary risks.
A team from Germany now reports that a new audio-visual imaging technique looks as effective as surgery for identifying melanoma metastasis.
"Thanks to the new imaging procedure, surgery will not be necessary for many patients in the future," said study lead author Dr. Ingo Stoffels, of the department of dermatology at the Vein Center at University Hospital Essen. Nor is radiation a part of the experimental screening.
The findings were published in the Dec. 9 issue of Science Translational Medicine.
Melanoma is the fifth most common cancer in the United States, and the deadliest type of skin cancer, the study team said. Survival odds are highest the earlier a diagnosis is made, ideally before the cancer spreads through the patient's immune-regulating lymphatic system.
The American Cancer Society says that when a patient diagnosed with melanoma is later found to have an enlarged lymph node, surgery follows. And even without lymph enlargement, high concern over the risk of melanoma spread can prompt pre-emptive surgery -- what's known as sentinel lymph node biopsy.
This type of biopsy involves insertion of a small amount of radioactive material at the site of the initial cancer diagnosis. The radioactive material is tracked as it spreads to nearby lymph nodes and, ultimately, the tell-tale "sentinel" nodes. Those nodes are then removed and assessed in a lab for signs of spread.
"We obviously have to do this type of surgery in order to 'stage' the cancer," said Ashani Weeraratna, an associate professor at the Wistar Institute Melanoma Research Center in Philadelphia.
"But only about a third of patients are actually found to have metastatic cancer," said Weeraratna, who was not part of the study team.
"There is always some risk with surgery. For example, surgery can lead to nerve damage, especially in the facial head and neck area," she added.
With that in mind, Stoffels tested the potential of a nonradioactive and noninvasive diagnostic alternative: multispectral optoacoustic tomography (MSOT).
This system is designed to identify melanin pigment naturally found in melanoma tumor cells. Clinicians inject green dye, instead of radioactive material, into the initial cancer site, and track its spread to the key sentinel lymph nodes. Then a handheld laser pulses light through the patient's skin and into the nodes, where it generates an ultrasound signal. That signal is then analyzed for signs of melanin. No melanin means no cancer spread, and no surgery.
In a lab setting, MSOT was applied to over 500 lymph nodes surgically removed from 214 melanoma patients. The new technique outperformed the standard diagnostic approach at correctly identifying cancer spread, the researchers said.
The technique was then applied to 20 melanoma patients who had not yet undergone surgery. The study found that MSOT accurately spotted every case of metastasis, and definitively ruled out cancer spread in almost half the patients, thereby sparing them surgery.
Stoffels said a larger follow-up study to confirm the findings is planned. He added that the technology might also help identify metastasis in patients diagnosed with breast cancer or penile cancer.
However, much more work is needed first.
"This is a really, really nice study," said Weeraratna. "It's a great start. But now we need to make sure that in the long-run this approach actually translates into cancer survival rates that are as good as what we have with lymph node surgery."
SOURCES: Ingo Stoffels, M.D., department of dermatology, Vein Center, University Hospital, Essen, Germany; Ashani T. Weeraratna, Ph.D., associate professor, tumor microenvironment and metastasis program, Melanoma Research Center, Wistar Institute, Philadelphia; Dec. 9, 2015,Science Translational Medicine
HealthDay
Copyright (c) 2015 HealthDay. All rights reserved.