Celery-Onion Blend Is Cause of E.Coli Outbreak Tied to Costco Chicken Salad: CDC 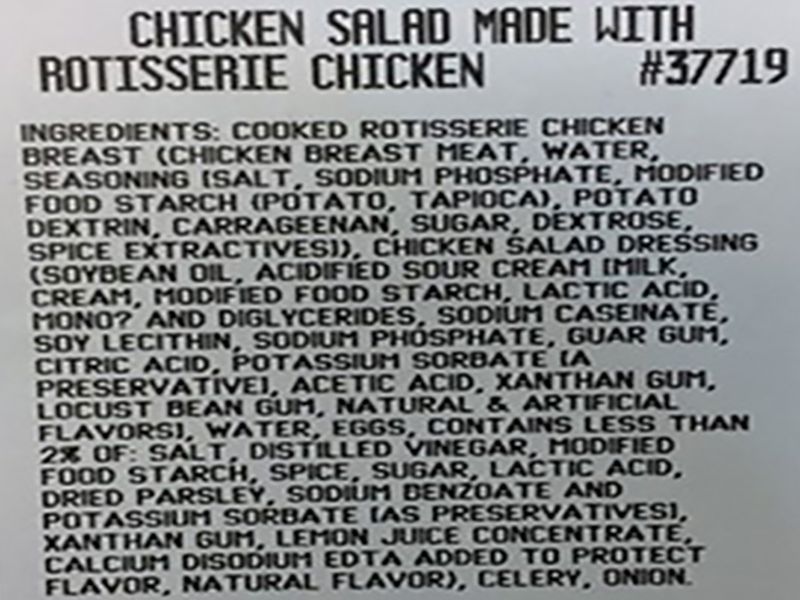 FRIDAY, Nov. 27, 2015 (HealthDay News) -- A celery-onion blend included in a rotisserie chicken salad from Costco stores is the probable culprit behind an ongoing E.coli outbreak and has been recalled, the U.S. Centers for Disease Control and Prevention said Friday.
According to a CDC news release, the Montana Public Health Laboratory tested the diced celery-onion blend and found results that "indicated the presence of E. coli O157:H7."
As a result, "Taylor Farms Pacific, Inc., voluntarily recalled multiple products containing celery," the agency said.
The E. coli outbreak that has so far sickened 19 people in seven states has been linked to rotisserie chicken salad made and sold at Costco stores.
Most of the illnesses have occurred in the western United States. Affected states are California, Colorado, Missouri, Montana, Utah, Washington and Virginia.
Five patients have been hospitalized and two have developed kidney failure, the CDC said. No deaths have been reported.
An investigation found that many of the patients bought or ate rotisserie chicken salad from Costco.
On Nov. 20, Costco said it had removed all remaining rotisserie chicken salad from its U.S. stores and stopped making the product until further notice.
The product is labeled "Chicken Salad made with Rotisserie Chicken" and has the item number 37719 on the label.
People who bought the chicken salad at any Costco store nationwide on or before Nov. 20 should throw it away, even if some of it has been eaten and no one has become ill, the CDC said.
The investigation is continuing and the CDC, along with state and local public health officials, are trying to identify other cases of illness associated with the chicken salad.
E. coli illness usually appears within an average of three or four days after swallowing the germ, according to the CDC. Illness can be severe and include diarrhea, often bloody, and abdominal cramps. Most people will recover within a week, but in some the illness can progress to kidney failure. Children under the age of 5, older adults and people with weakened immune systems are at highest risk from E. coli illness.
SOURCE: Nov. 27, 2015, news release, U.S. Centers for Disease Control and Prevention
HealthDay
Copyright (c) 2015 HealthDay. All rights reserved.