Spread the Word: Millions of Americans are Covered

Today, health coverage is more accessible to millions of Americans. Enrollment in the Health Insurance Marketplace surged to eight million at the end of the first enrollment period. In addition, over 4.8 million more people have been covered by states through Medicaid and CHIP programs, around 3 million more Americans under 26 are covered under their parents’ plans, and recent estimates show that an additional 5 million people have purchased coverage outside of the Marketplace in Affordable Care Act-compliant plans.
Together we are ensuring that health coverage is more accessible than ever before, which is important for families, for businesses and for the nation’s health and wellbeing.

Spread the Word: Millions of Americans are Covered 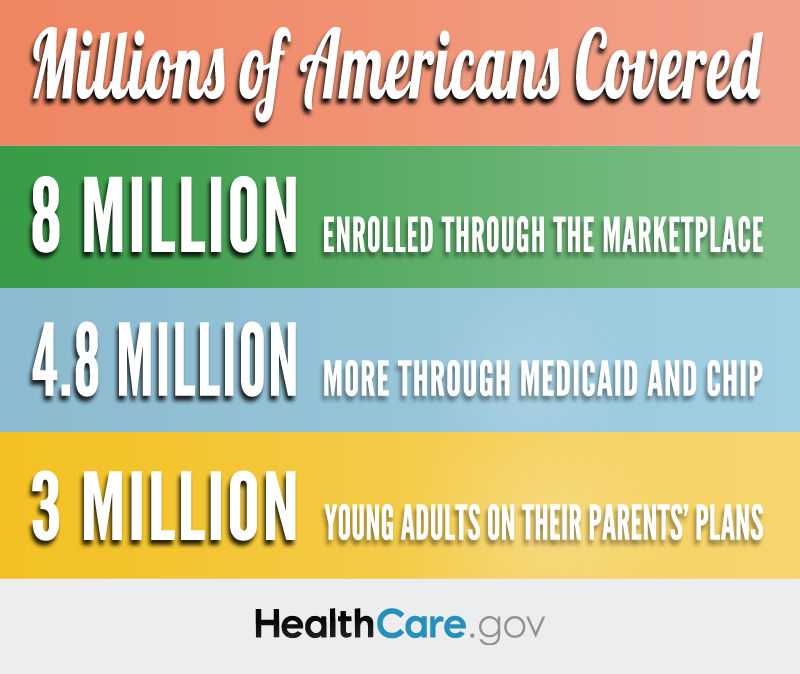