Some Foods and Germs

Outbreaks in the 1990s were primarily linked to deli meats and hot dogs. Now, Listeria outbreaks are mainly caused by soft Mexican-style cheeses like queso fresco and other cheeses that were either made from unpasteurized milk or that got contaminated during cheese-making. Some outbreaks have also been caused by foods that people may not think of as risky for Listeria, like celery, sprouts, and cantaloupe.
More 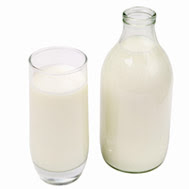 “Back to nature”-- that’s what many Americans are trying to do with the foods that they buy and eat.  They are shopping at farmers’ markets, picking organic foods at their grocery stores, participating in food cooperatives (or co-ops), and some are even growing their own food.  Many people are trying to eat foods that are produced with minimal processing.
However, milk and products made from milk (like cheese, ice cream, and yogurt) are foods that, when consumed raw, pose severe health risks.
More

Sprouts: What You Should Know

Like any fresh produce that is consumed raw or lightly cooked,sprouts carry a risk of foodborne illness

. Unlike other fresh produce, seeds and beans need warm and humid conditions to sprout and grow. These conditions are also ideal for the growth of bacteria, including Salmonella, Listeria, and E. coli.
Since 1996, there have been at least 30 reported outbreaks of foodborne illness associated with different types of raw and lightly cooked sprouts. Most of these outbreaks were caused by Salmonella and E. coli.
More

Tips to Reduce Your Risk of Salmonella from Eggs

Eggs, like meat, poultry, milk, and other foods, are safe when handled properly. Shell eggs are safest when stored in the refrigerator, individually and thoroughly cooked, and promptly consumed. The larger the number of Salmonella present in the egg, the more likely it is to cause illness. Keeping eggs adequately refrigerated until they are used prevents anySalmonella present in the eggs from growing to higher numbers. Cooking reduces the number of bacteria present in an egg; however, an egg with a runny yolk still poses a greater risk than a completely cooked egg.
More 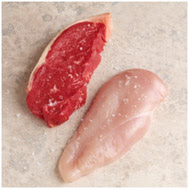 Raw meat may contain bacteria, such as E. coli, Salmonella, andListeria, or parasites. Thorough cooking destroys these harmful organisms, but meat can become contaminated again if it is not handled and stored properly.
More

Poultry may contain harmful bacteria such as Salmonella,Listeria, and Campylobacter. Washing chicken and other poultry does not remove bacteria. You can kill these bacteria only by cooking chicken to the proper temperature.
More 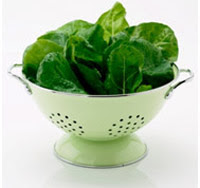 Fresh produce may come in contact with harmful bacteria from many sources, from contaminated soil and water in the fields to a contaminated cutting board in the kitchen.
Steps to Safe and Healthy Fruits and Vegetables Poster(available in 3 sizes for free download):
More