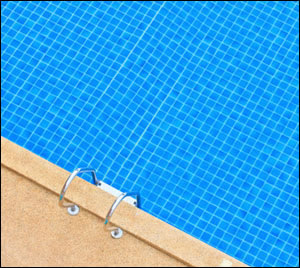 Identifying racial/ethnic drowning disparities by setting can help focus prevention efforts. For instance, swimming pools are generally considered safer than natural water venues for aquatic activities because their depth is known and bottom often visible, they lack currents and underwater hazards, and the side can be reached a relatively short distance away. However, in the United States, drowning in a swimming pool continues to be a major threat to the health of toddlers and preschool children (1,4). Moreover, swimming pool drowning rates for black children, adolescents, and young adults were elevated compared with those for other racial/ethnic groups. Research suggests that learning basic swimming skills (e.g., controlled breathing, floating, and traversing a distance) can reduce drowning risks (5,6); however, many children and adults, especially blacks, report limited swimming skills (7,8).
Among all racial/ethnic groups, rates of drowning in natural water settings increase among teens and young adults. Alcohol use and increased independence, with resulting reduced supervision, might play a role in these deaths (9). In these locations, otherwise effective interventions such as fences and lifeguarding might not be feasible, but basic swimming skills might reduce drowning risk when teens or young adults enter the water, whether intentionally or unintentionally (6).
The high drowning rates among AI/AN populations reported here, especially in natural water settings, are consistent with previous studies (10). AI/AN children, teenagers, and young adults might be at higher risk because of greater exposure to natural bodies of water (10); little is known about AI/AN swimming skills.
Lack of exposure data is a major limitation in epidemiologic studies of drowning. For instance, in this study, drowning in a swimming pool was almost six times more likely among black children and adolescents aged 5–18 years than among their white peers. However, if a group's exposure to pools is less than that of their peers, their true drowning risks, based on equivalent exposure, could be even higher. The extent of exposure to recreational water settings likely varies substantially by age, sex, season, level of swimming skill, and other factors. Because exposure data are not available, the rates reported are population-based.
Additionally, the lack of critical information on death certificates limits more detailed analyses to explore causes of disparities. Death certificates do not include details on known risk and protective factors such as the victim's activities and swimming skill, the body of water, weather conditions, health conditions, use of life jackets, type and functionality of fences or barriers, supervision type and quality (e.g., impaired), presence of lifeguards, alcohol use, and whether CPR was performed by a bystander. These measures could be used to further explain disparities and would be helpful to guide targeted prevention programs.
Drowning continues to be a public health problem affecting racial/ethnic groups disparately among different age groups and in different aquatic settings; these differences require implementation of multiple prevention strategies. Drowning prevention strategies include use of barriers (like fencing) and life jackets, actively supervising or lifeguarding, teaching basic swimming skills, and performing bystander CPR. Practicality and effectiveness of these strategies might vary in different settings; however, basic swimming skills can be beneficial across all settings. Racial/ethnic minorities should be encouraged and enabled to gain skills needed to survive in the water. Additional information regarding drowning risk factors and prevention strategies is available at http://www.cdc.gov/homeandrecreationalsafety/water-safety/index.html.
1Division of Unintentional Injury Prevention, National Center for Injury Prevention and Control, CDC. (Corresponding author: Julie Gilchrist, jrg7@cdc.gov, 770-488-1178)