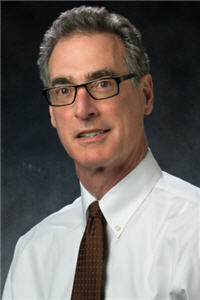 A colleague began a recent presentation by asking the audience, “How many of you have had a colonoscopy?”

The majority of participants raised their hands.

Then he asked, “How many of you assumed that the instruments used during your procedure were truly clean?”

All raised their hands again.

Then, he asked, “How would you feel if you found out two weeks, or even a year later, that you may have contracted a severe illness because the tools used were contaminated?”

No one expects that receiving healthcare will make them sicker instead of well. ‪

Healthcare-associated infections (HAIs) are a significant concern that affects all types of patients in all kinds of settings including hospitals, surgery centers, dialysis clinics, community clinics, long-term care facilities and more. While we know that the financial cost and, more importantly, the emotional and physical toll of these infections is huge, HAIs were historically accepted as part of routine care. Certainly, not many people outside of the medical and public health communities knew much about what we now know are largely preventable infections.


‪In recent years, however, there has been a momentum building to incorporate more accountability, transparency, and patient empowerment into our healthcare system. With that movement came interest in having HAIs reported publicly, a stance that CDC supports. In fact, we published a statement on the topic in February 2010. Several states have laws that mandate public disclosure of infection rates and certain healthcare facilities, and we expect that trend to expand quickly. In addition, CDC began this year publishing state specific HAI information, and we will report again this fall and include more infection types and all states.
‪
Public reporting of HAIs has had many intended and unintended consequences. In addition to providing increased transparency, infection prevention professionals are telling us that they are getting more support for their prevention efforts. Intense focus on HAI prevention has patients asking about infection rates and other safe healthcare issues. We’ve also heard that some healthcare professionals are not in favor of this type of reporting.

‪What is your take on public reporting? How has it been handled in your organization? What impact has it had?