By Ananya Mandal, MDFeb 8 2019Reviewed by Kate Anderton, B.Sc.
Misinformation and anti-vaccination groups have caused a rise in cases of vaccine-preventable viral disease measles around the world, according to the World Health Organisation (WHO). 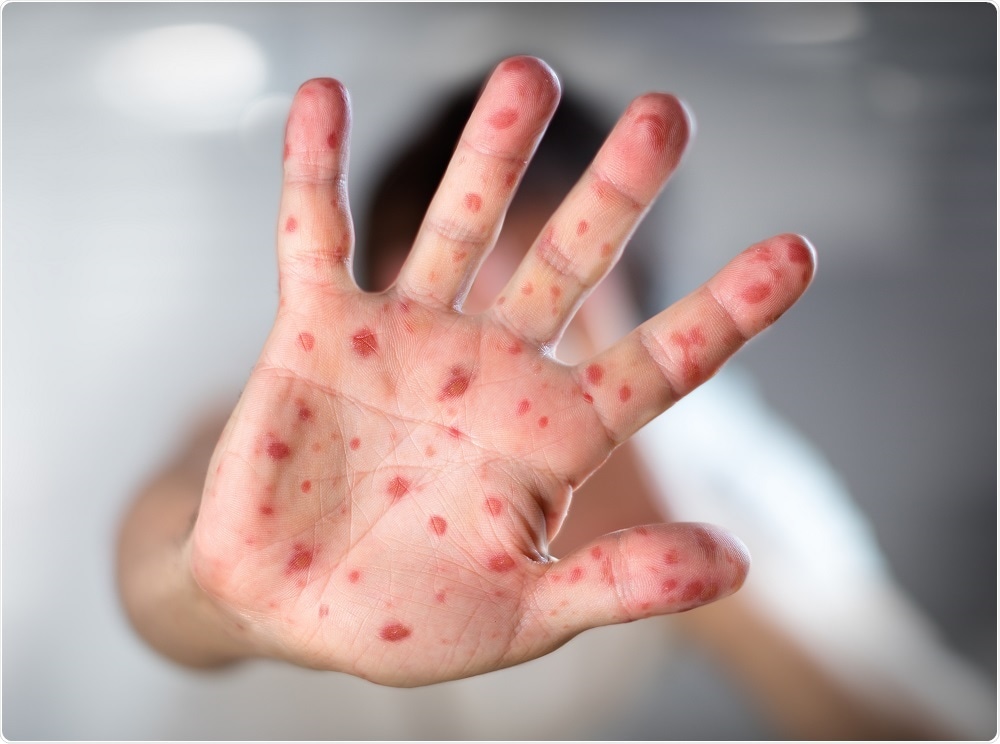 In the US, controversial misinformation about the toxicities and ill-effects of vaccines has spurred the anti-vaccine groups across social media. The danger caused by such groups is so great that the WHO declared anti-vaccine campaigners as one of the top ten threats to world health in 2019.
In Clark County, Washington, 50 new cases of measles have now been confirmed, plus 11 suspected cases. In Washington itself there are antivaxxer online communities such as Informed Choice Washington. In a statement, Dr. Anthony Fauci, Director of the National Institute of Allergy and Infectious Diseases said, “These outbreaks are due to the anti-vaccine movement.”

In the 25 years that I’ve known about immunizations and the controversy over it, there are things on the web and there are organizations that say that vaccinations cause autism and that’s why some parents are reluctant to have their children vaccinated.”
Eileen Quiring, Clark County Council Chair

Between 2017 and 2018, reported cases of measles in Europe have tripled, with a total of  82,596 cases during this period. According to the WHO, this is the highest number of cases in a decade.
Despite an improvement in vaccination uptake rates across the world, the WHO states that this is still not enough to prevent the spread of the viral infection in several countries.
The highest number of measles cases were recorded from Ukraine (53,218 cases) last year and the second highest was Serbia (5,076 cases). This is a ten fold difference in the number of cases.  Interesting, Ukraine has experienced a sharp fall in vaccination rates over the past decade.
90 percent of the cases in Europe belong to ten nations that include Israel (2919 cases), France (2913 cases), Italy (2517 cases), Russian Federation (2256 cases), Georgia (2203 cases), Greece (2193 cases), Albania (1466 cases) and Romania (1087 cases). In the UK, there were 953 cases of measles reported last year.
Rises in the number of cases of measles has also had an impact on mortality rates. There were 72 deaths due to measles in Europe last year; a sharp increase on the 42 cases reported during the year before.
Dr. Zsuzsanna Jakab, the WHO regional director for Europe said, “The picture for 2018 makes it clear that the current pace of progress in raising immunisation rates will be insufficient to stop measles circulation. While data indicate exceptionally high immunisation coverage at regional level, they also reflect a record number affected and killed by the disease. This means that gaps at local level still offer an open door to the virus.”

The Philippines has been gripped by an outbreak of measles with over 1500 cases and 26 deaths due to measles in the last few weeks. There have been 441 cases and 5 deaths in the capital region of Metro Manila say the authorities.
Health Secretary Francisco Duque said, “We are expanding the outbreak from Metro Manila to other regions as cases have increased in the past weeks and to strengthen surveillance if there are new cases and alert mothers and caregivers to be more vigilant.”
Department of Health Undersecretary Eric Domingo said that there have been low rates of vaccination in the nation that could be responsible for this outbreak. He explained that after the government started and abruptly stopped the Dengvaxia vaccination program in 2016 (dengue experimental vaccine programme by pharmaceutical company Sanofi Pasteur), there has been a rise in scepticism regarding vaccine prevention of diseases.
This has led to a drop in vaccination rates, with the number of unvaccinated children totalling more than 100,000 last year. Domingo urged parents and caregivers that measles vaccines are “safe and have been in use worldwide for decades now.”
Publicado por salud equitativa en 10:46