By Kate Bass, B.Sc.Feb 7 2019Reviewed by Kate Anderton, B.Sc.
A protein known for its role in forming blood clots has been found to cause the characteristic cognitive decline of Alzheimer's disease. The discovery provides a new target for drug developers trying to find a cure for this devastating condition. 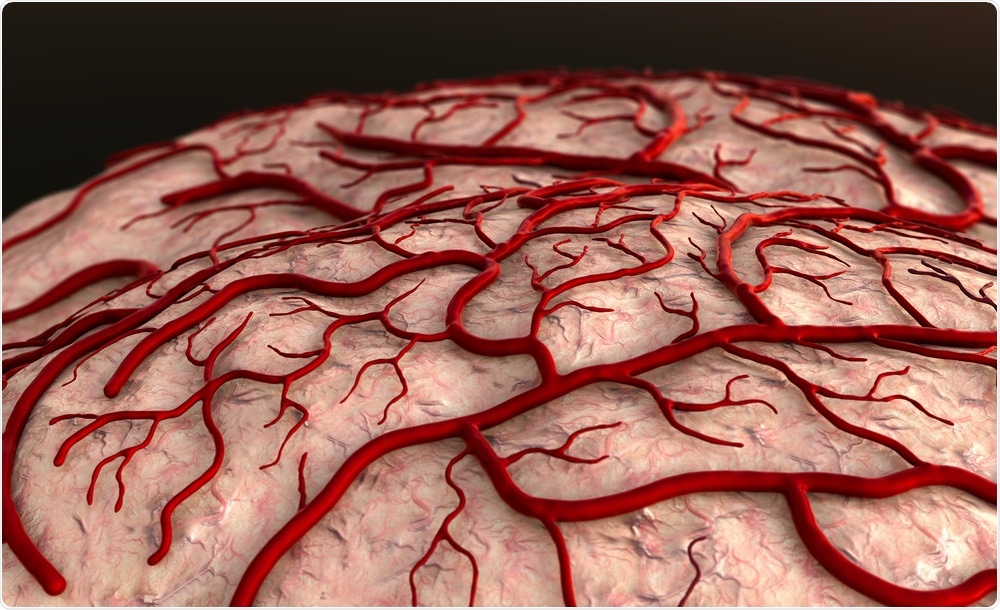 UGREEN 3S | Shutterstock
Alzheimer's disease is the most common cause of dementia, with over half a million sufferers in the UK alone. It is a progressive disease characterized by memory loss and difficulties with thinking, problem-solving or language.
The condition is characterized by a reduction in the number of connections between neurons in the brain, caused by  the build-up of proteins as ‘plaques’ and ‘tangles’. Eventually, the build-up of these proteins results in of the breakdown of synapses and cognitive decline.
Studies have previously shown abnormalities in the vast network of blood vessels in the brain, but was not clear whether the vascular damage contributed to synaptic damage or whether it caused neuroinflammation, both of which can lead to cognitive decline.
Now, using state-of-the-art imaging technology, scientists at the Gladstone Institutes have produced the first three-dimensional volume images of Alzheimer’s disease. The images are of the brains of patients with Alzheimer's disease and also mouse models.
The findings showed that the blood-clotting protein, fibrinogen, is responsible for a series of molecular and cellular events that can destroy memory storage sites in the brain, giving rise to cognitive decline. Fibrinogen was seen to leak from the blood into the brain, where it activated the brain's immune cells triggering them to destroy neuronal synapses.
The researchers demonstrated in mouse models of Alzheimer’s disease that preventing fibrinogen from activating the brain’s immune cells provided protection against memory loss.

We found that blood leaks in the brain can cause elimination of neuronal connections that are important for memory functions. This could change the way we think about the cause and possible cure of cognitive decline in Alzheimer's disease and other neurological diseases."
Katerina Akassoglou, Lead Investigator

The team also showed that fibrinogen was able to cause the same effect in healthy brains, without any signs of amyloid plaques, which have been the main focus in the search for effective treatments for Alzheimer's disease.

Our work identifies an alternative culprit that could be responsible for the destruction of synapses."
Mario Merlini, First Author

Indeed, the data confirm that there are two distinct mechanisms underlying dementia. This helps explain why elderly people with vascular dementia show similar rates of cognitive decline as patients with the amyloid plaques of Alzheimer's disease and why an additive effect is observed in patients with both pathologies.
It is hoped that these exciting findings, which have greatly advanced our understanding of the contribution of vascular pathology to the progression of Alzheimer's disease, may have therapeutic implications not only in Alzheimer's disease but also in other neurological conditions with similar pathologies such as multiple sclerosis.
Akassoglou and her colleagues have already developed an antibody that blocks the interaction between fibrinogen and cells of the brain's immune system and protected mouse models of Alzheimer's disease from brain inflammation and neuronal damage
Publicado por salud equitativa en 10:45