By Sally Robertson, B.Sc.Feb 27 2019Reviewed by Kate Anderton, B.Sc.
In a pioneering clinical trial, researchers have succeeded in delivering a cell-restoring drug directly to the brains of patients with Parkinson’s disease. 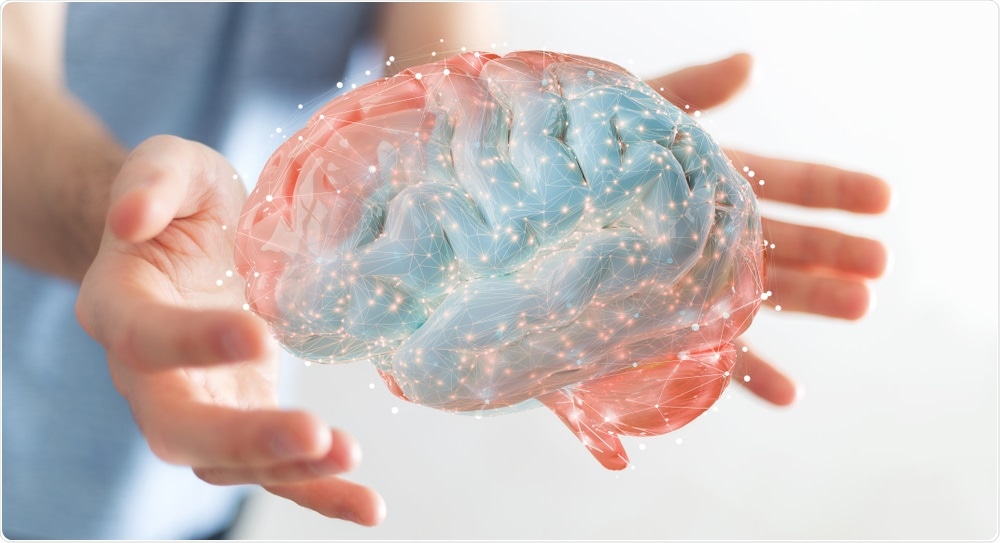 sdecore | Shutterstock
The results represent a significant breakthrough in the ability to treat neurological conditions because most candidate drugs cannot cross from the bloodstream into the brain due to a natural protective barrier (the blood−brain-barrier).
In Parkinson’s disease, areas of the brain become progressively damaged, causing a range of symptoms such as stiff muscles and involuntary shaking. Approximately 145,000 new cases are diagnosed every year in the UK and currently the degenerative condition cannot be slowed or reversed.
As recently reported in the Journal of Parkinson’s Disease, consultant neurologist and movement disorders expert Alan Whone (University of Bristol) and colleagues tested whether boosting levels of a growth factor called Glial Cell Line Derived Neurotrophic Factor (GDNF) can restore dying dopamine cells in Parkinson’s patients.
In an initial pilot study, six patients underwent robot-assisted neurosurgery to place four tubes into their brains that would deliver GDNF directly and precisely to affected areas via a skull-mounted port behind the ear.
A further 35 patients then joined a nine-month trial, where half received monthly GDNF infusions and half received a placebo.
At nine months, positron emission tomography (PET) scans showed no change in the brains of the placebo participants. However, among the GDNF participants, the scans showed 100% improvement in a key area of the brain known to be affected by the disease.

This represents some of the most compelling evidence yet that we may have a means to possibly reawaken and restore the dopamine brain cells that are gradually destroyed in Parkinson's.”
Alan Whone, Lead Researcher

Next, all 41 participants were invited to receive GDNF infusions for a further nine months.
At 18 months, all patients showed moderate-to-large improvements in symptoms, compared with before the study and the drug appeared to have been safe to administer over all this time.
Director of research at Parkinson's UK, Arthur Roach, referred to the study as resounding success, advancing understanding of the potential effects of GDNF and demonstrating the feasibility of delivering a therapy in this way.
Whone says it is essential to explore the treatment further as GDNF has the potential to improve the lives of patients with Parkinson’s disease.

I believe that this approach could be the first neuro-restorative treatment for people living with Parkinson's, which is, of course, an extremely exciting prospect.”
Steven Gill, Co-author