By Kate Bass, B.Sc.Feb 28 2019Reviewed by Kate Anderton, B.Sc.
Doctors at the Royal Brisbane and Women's Hospital in Australia report today in theNew England Journal of Medicine that a woman in their care gave birth to semi-identical twins in 2014. This is only the second time this is known to have occurred. The first case was seen in the US in 2007. 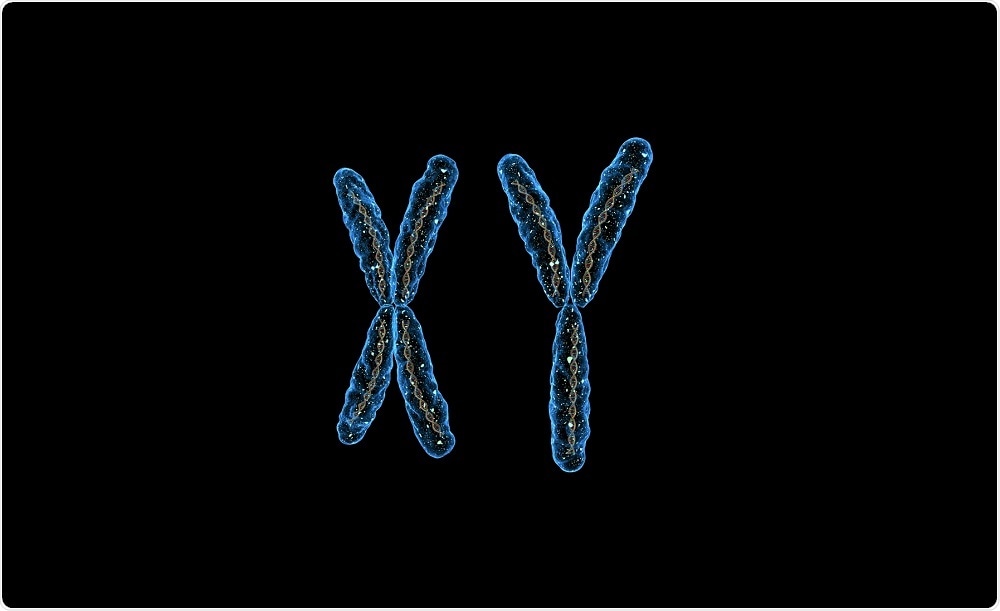 Sebastian Kaulitzki | Shutterstock
Non-identical, or dizygotic, twins arise from two separate eggs that have each been fertilized by a different sperm. The embryos develop in the mother’s uterus at the same time and are born on the same day. However, each of the twins has a different mix of parental DNA and therefore is no more similar to the other twin than to any other sibling. Consequently, they can be of different sexes.
In the case of identical, or monozygotic, twins, the two embryos arise when a single fertilized egg divides into two halves. As only a single egg has been fertilised, the two embryos are supported by a single placenta. The resultant offspring, having grown from the fusion of the same single egg and single sperm, are genetically identical. These twins share the same genes and so will be the same sex and have identical physical features.
Based on these facts, the scans of a pregnant woman attending the Royal Brisbane and Women's Hospital did not make sense, as Professor Nicholas Fisk explained:

Genetic analysis revealed that although the twins had identical maternal DNA, they had each received a different selection of their father’s DNA. This suggests that the twins had developed from a single egg but, unlike identical twins, it had been fertilised by two sperm before it divided.
Typically when this occurs, the fertilised egg will have three sets of chromosomes rather than two and not be viable so the embryo does not develop. In very rare cases of semi-identical, or sesquizygotic, twins, the egg simultaneously fertilised by two sperm manages to divide into two embryos with the correct chromosome distribution.
The twins have the same chromosomes from the mother but have paternal DNA from different sperm. This means that around 75% of their DNA is identical. Consequently, it is possible for the twins to be of different sexes.
The team analysed genetic data from 968 fraternal twins, as well as numerous large global studies, but found no other case of sesquizygotic twins.
Prof Fisk concluded "We know this is an exceptional case of semi-identical twins".
Source:
Gabbett MT, et al. Molecular Support for Heterogonesis Resulting in Sesquizygotic Twinning.N Engl J Med 2019;380:842‑849.
Publicado por salud equitativa en 10:10