By Sally Robertson, B.Sc.Nov 14 2018
A study conducted by researchers in Korea has shown that women who undergo surgical menopause experience poorer sleep quality and are at an increased risk of insomnia, compared with women who go through the menopause naturally. 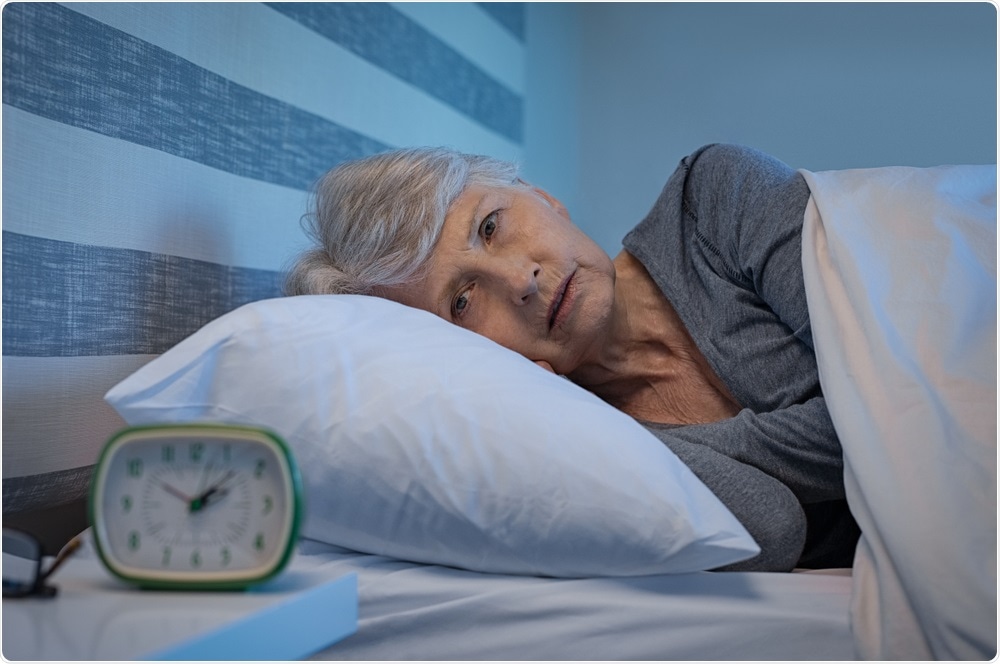 © Rido/Shutterstock.com
Insomnia is a common symptom of menopause and almost one-quarter of post-menopausal women report disrupted sleep. In cases of surgical menopause, women often experience more psychological and physical problems than women who go through the menopause naturally. Menopause symptoms such as hot flashes and night sweats are more severe during a time in a woman’s life where disrupted sleep is already a problem. However, only a few quantitative studies have looked into sleep-disrupting behaviors among postmenopausal women.

In the current study, researchers have compared these behaviors based on whether a woman had undergone a surgical or natural menopause. As part of the study, more than 500 post-menopausal women completed questionnaires designed to assess sleep quality.
As reported in Menopause, the journal of The North American Menopause Society (NAMS), the findings showed that women who had undergone surgical menopause reported significantly poorer sleep quality than those who had transitioned through the menopause naturally, particularly for sleep duration and habitual sleep efficiency.
The study also showed that women in the surgical menopause group were at more than twice the risk of suffering from insomnia. In addition, women who had undergone surgical menopause who displayed more sleep-disrupting behaviors had more severe symptoms of insomnia.
NAMS executive director JoAnn Pinkerton says early surgical menopause is known to be related to more severe symptoms of menopause.:

That's why it is important to assess sleep quality in women after surgery that leads to menopause, because insomnia and disrupted sleep can cause fatigue, mood changes, and lower quality of life."