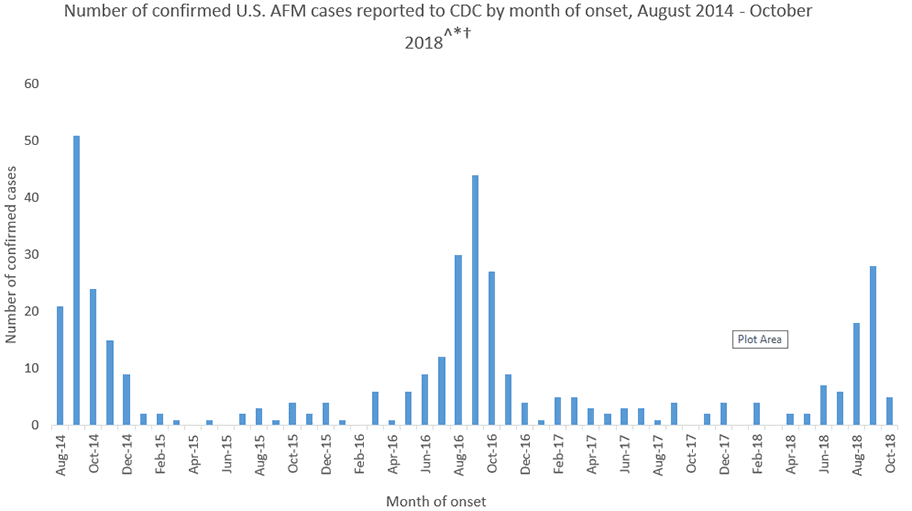 (CDC)
Health officials have confirmed 10 more cases of a rare, polio-like condition called acute flaccid myelitis. There have been 72 confirmed cases across 24 states, most of which have occurred in kids. The uptick in AFM cases was first spotted in 2014, and there have been cases each year since. But the number of cases has been higher on alternate years — and this year is one of them. The CDC still doesn’t know what’s causing the condition. “There is a lot we don’t know about AFM, and I’m frustrated that despite all of our efforts, we haven’t been able to identify the cause of this mystery illness," the CDC's Dr. Nancy Messonnier told reporters earlier this month.
Publicado por salud equitativa en 10:32