Sponsored Content by React to Red SkinNov 7 2018
Pressure ulcers are still the most common form of harm, especially in the frailelderly. Pressure ulcers not only cause significant suffering but are also expensive in terms of resources to treat, with estimates of circa £40,000 to treat a grade 3 ulcer.Despite this, there is solid evidence to show that many pressure ulcers could be prevented easily.
In Coventry, although both the local hospital and community nursing service had effectively executed a range of evidence-based measures to prevent the occurrence of pressure ulcers, the prevalence of pressure ulcers had remained high. The local trusts, in association with the Clinical Commissioning Group, commenced an analysis of patients with pressure ulcers, exposing that:
It became obvious that although pressure ulcer prevention was a high priority within health, there was limited awareness and understanding both within the general public and more particularly in formal carers working in domiciliary and residential care. As a consequence, a broad program of work was put forth in partnership between University Hospitals Coventry and Warwickshire, Coventry City Council, Coventry Partnership Trust, and the Your Turn national pressure ulcer prevention and education campaign, aided and coordinated by the local CCG. The React to Red Skin campaign included a variety of resources and materials that were launched across care homes, primary care, and the wider general public. As Coventry has a very varied population, the information was also provided as a talking leaflet in 10 languages. 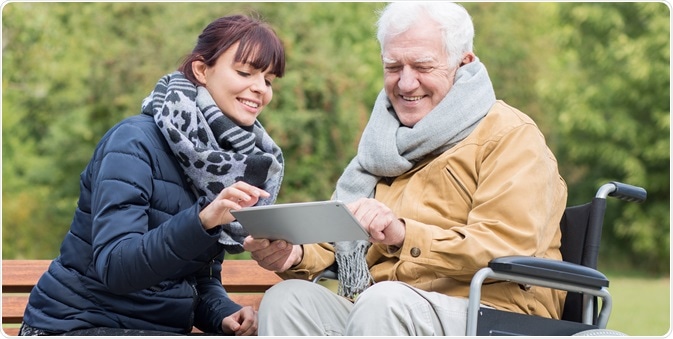 © Photographee.eu/Shutterstock.com
Besides the public awareness campaign, the program offered training to more than 2/3 of staff in local care homes, practice nurses, and across several local voluntary sector organizations. Of specific interest was the basic trigger tool created for carers that facilitated early identification of people at risk. This was connected to a central telephone number allowing access to district nurses who answer within 24 hours to all ‘react to red’ calls.
Notably, the campaign has evolved to feature an accreditation framework that recognizes homes which accomplish main elements of good practice in pressure ulcer prevention (for example, 75% staff trained, clear policies, use of the trigger tool, PU champions). This accreditation model currently forms part of the revised care home specification that is being developed and will be connected to quality payments in the contract from 2016 onwards. It is expected that this model will aid the drive to enhance quality across a number of dimensions in care homes.

So far 35 local care homes are taking part in the scheme. The training, which was free to homes as part of the preliminary launch, went on from June 14 to March 15. The training was attended by more than 850 staff, while several organizations have also requested and received ‘train the trainer packs’ and instruction to enable implementation. The training has been very positively appraised and currently has been added into the local authority carer training plan available to homes at a small fee which facilitates sustainability. Ten local homes are on a major path toward accreditation and it is expected that this will be realized by early summer 2015.
While early to fully assess the effect on prevalence, mainly as pressure ulcers can take a few months to heal, the point prevalence on the national safety thermometer for the community trust has exhibited a drop in point prevalence for the past six months all below the median. Furthermore, there has been a drop in serious incident reports for pressure ulcers throughout the community.
The substantial improvement in united working has been a particular, but unintended, advantage of this program. The program group has met every month since the beginning and has obtained a better understanding of the concerns and challenges of different stakeholders, resulting in better partnership working. The acute trust is creating a discharge form for nursing homes consisting of information about the dressings patients have been prescribed to enhance information sharing and uniformity of treatments, in response to a problem discussed at a meeting. The same patient information is currently being used across the entire health and social care economy to provide uniform messages to both carers and patients.

Much of the success of this project so far has been due to the strong and effective partnership and the hard work of local health and social care organizations that are dedicated to decreasing preventable harm in the local population.
Individuals who are interested in knowing more about the React To Red Skin campaign or who would like to run an analogous program with their CCG and local authority involved can contact React to Red Skin.

About React to Red Skin

The prevention of avoidable pressure ulcers in the community is one of the biggest challenges that care organizations face - a challenge which currently costs the NHS and care organizations in the UK around £6.5 billion per year.
Pressure ulcers affect around 700,000 people in the UK every year and many of these will develop whilst an individual is being cared for in a formal care setting (hospital, nursing home or care home). The reality is that many pressure ulcers are avoidable if simple knowledge is provided and preventative best practice is followed.
React to Red Skin's aim is to provide some simple solutions to some of the challenges faced and to provide education about the five key things that can be done in order to reduce the risk of an individual developing a pressure ulcer.
Sponsored Content Policy: News-Medical.net publishes articles and related content that may be derived from sources where we have existing commercial relationships, provided such content adds value to the core editorial ethos of News-Medical.Net which is to educate and inform site visitors interested in medical research, science, medical devices and treatments.
Last updated: Nov 7, 2018 at 9:26 AM
Publicado por salud equitativa en 9:43