By Ananya Mandal, MDOct 1 2018Reviewed by Kate Anderton, BSc
According to the latest research, more and more children and teenagers in England are being diagnosed with sleep problems, including nightmares, sleepwalking, and insomnia. 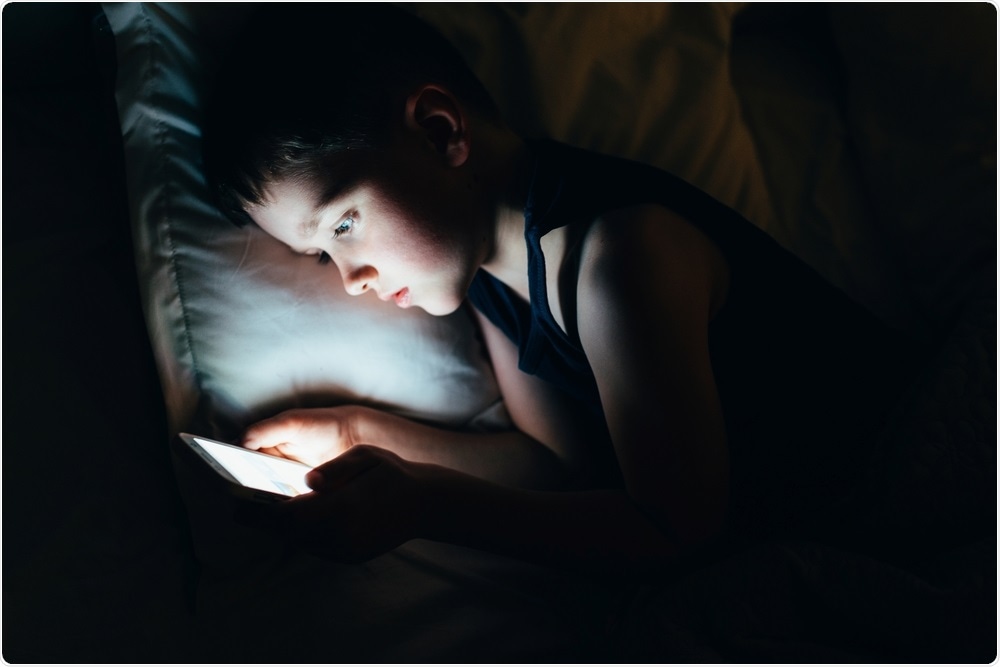 Image Credit: plantic / Shutterstock
The information comes from NHS Digital, who showed that sleep problems that once affected only the middle-aged and elderly are now being diagnosed even among babies and pre-school children.
Sleep apnoea is increasingly being diagnosed in children. Previously, this disorder typically only affected overweight and middle-aged individuals.
This is a breathing problem that causes repeated night-awakenings and poor quality of sleep due to repeated airway obstructions.
Nearly 88 percent of all admissions for sleep apnoea in England since 2012-13 were among children less than 16 years of age, according to a recent survey by the Press Association.
The numbers declined slightly in 2015 and 2016 but now steadily rising once again, says the report. Cases of sleep apnoea have risen from 5,675 in 2012 and 2013 to 8,299 in 2017 and 2018.
Sleep-related admissions among children aged less than 16 has also risen significantly over the past 10 years.
The numbers of diagnoses were 6,520 in 2012 and 2013 and are now 9,462 (2017-2018).
Male babies (685 male infants below 1-year) were admitted more frequently for sleep apnoea compared to female babies (378 female infants below 1-year) over thelast six years.
Night terrors required admissions in 316 cases while 357 cases of insomnia related admissions were seen.
These numbers have all risen over the past 6 years.
Sleep walking resulted in 68 admissions with 470 cases of narcolepsy being recorded in the recent months.
Experts have called this a “hidden public health disaster”.
The researchers have outlined several possible causes for this rise in children with sleep problems. The most notable among these is the rise includes obesity and weight problems among children and teenagers.
Excessive use of social media before bed time and mental health problems have also been blamed for sleep problems among youngsters.
The ill effects of the blue light from the screens before bed time can suppress the productions of the hormones that are conducive to good sleep say experts. Thus, it becomes harder and harder to fall asleep.
Experts add that most children belong to families where both parents are working. This can push the bedtimes to later and this can also disrupt the sleep routines.
Some experts believe that an unhealthy diet, excessive sugar and caffeinated drinks in the evening and before bedtime can also be responsible for sleep problems among teenagers and children.
Poor dietary habits also lead to weight problems and obesity which is directly associated with sleep apnoea.
Another unexplored and little-understood problem is the rising mental health issues among children, say experts.
These are areas that should be assessed thoroughly and tackled effectively to improve sleep problems in children, explain the researchers.
Publicado por salud equitativa en 7:17