By Kate Bass, BScMay 2, 2018
Scientists have developed a system of design principles for controlling cells, tissues or entire limbs using silicon-based photostimulation. This opens up the potential for deep brain stimulation without the need for attaching wires. 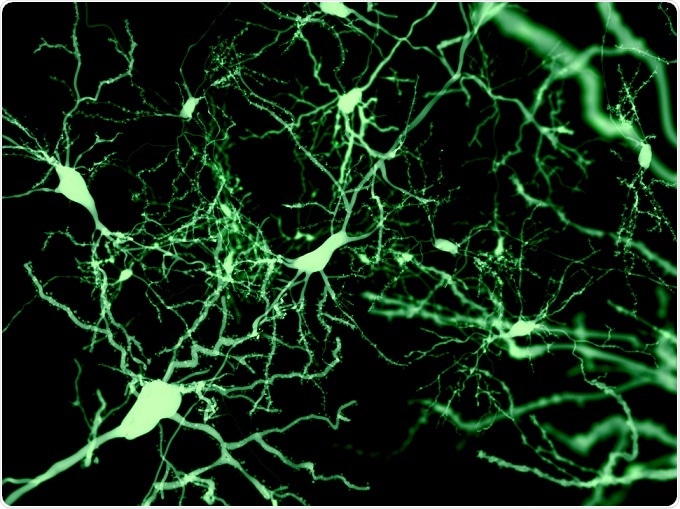 © Juan Gaertner/Shutterstock.com
Being able to control biology is a great tool for both research and medical intervention. It has greatly contributed to our understanding of how cells communicate with each other and how intracellular processes are modulated. Although this can be achieved through genetic modification and electrical stimulation, there has been an ongoing endeavour to control biology with light. This goal was highly desired since it obviates the need for gene manipulation and the need for an electricity supply.
A team at Chicago University has published a system of design principles for working with silicon interfaces to control biology using light. They have demonstrated its ability to control individual organelles within cells, tissues, and even entire limbs. Limb movements were achieved in mice by shining light on silicon implants in the brain. This is the first time that behaviour has been controlled using light without prior genetic modification.
The system is based on light-induced processes at silicon-based interfaces, where the silicon and the biological targets have matched properties. The team have provided details of the best methods to craft the silicon devices depending on both the intended task and the scale. The precise properties needed in the silicon interface are determined by the process to be studied. For example, a silicon device that emits a tiny ionic current in response to light would be suited to control individual brain cells, whereas much stronger signals would be required in order to stimulate limbs.
Bozhi Tian, assistant professor in chemistry, explained:

We want this to serve as a map, where you can decide which problem you would like to study and immediately find the right material and method to address it".

Yuanwen Jiang, first author of the research paper highlighted the value of their system "We don't have answers to a number of intrinsic questions about biology, such as whether individual mitochondria communicate remotely through bioelectric signals. This set of tools could address such questions as well as pointing the way to potential solutions for nervous system disorders."
Since silicon is biocompatible, the system could be adapted to provide deep brain stimulation therapy.
Sources:
Publicado por salud equitativa en 7:27