By Akshima Sahi, BDS
Multiple Sclerosis (MS) is an autoimmune disorder which affects the brain and spinal cord. Records indicate that the condition has affected humans for hundreds of years. 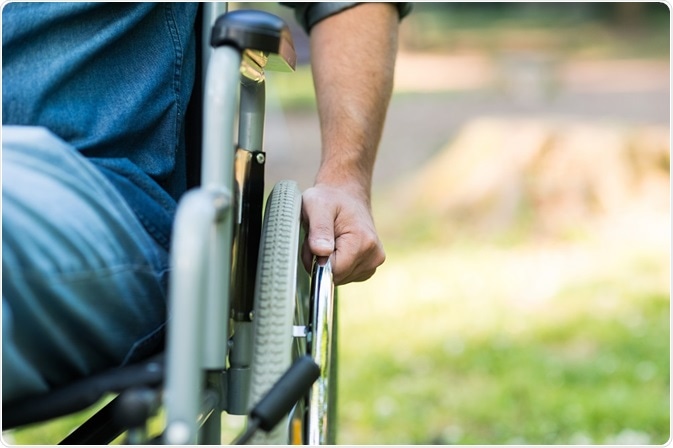 Written records of late fourteenth century indicated the presence of certain disease characteristics in the patients indicating MS.
It was in the year 1396; a lady saint named St Lidwina of Schiedam from Holland fell during an ice-skating session. She eventually complained of symptoms such as extreme headaches, difficulty in walking, and paralysis.
Initially, the symptoms calmed and subsided on their own; however, eventually her symptoms deteriorated, leading to her death. Her symptoms indicating MS were described in biography written post her death.
In 1947, a detailed examination of her bones reflected a limited mobility in legs and the right arm. Whilst MS was not diagnosed at the time, these results are considered to be one of the oldest records of the disease.
During the 19th century, Augustus d'Este who was the grandson of George III represented the first accountable case of MS.
During his lifetime, Augustus d'Este suffered from vision difficulties, sexual problems, and restricted walking. His symptoms evaded and reoccurred on their own. However, during the end stages of his life, he suffered from acute problems such as muscle spasms and tremors, especially at night. D'Este became bedridden and died in the year 1848.

In the year 1838, a Professor at the University of Paris; Robert Carswell, also known as the “Father of neurology”, carried out a detailed examination on one of his female patients. He observed that she had atypical and unusual neurological symptoms. After her death, Carswell did an autopsy of her brain and discovered abnormal lesions in the brain that he had never seen before.
In 1841, Jean Cruveilhier described the patches in the brain and spinal cord in his book. He became the first person who established the fact that scars in the brain can be correlated to the MS symptoms.

However, it wasn’t until the year 1868 that a French scientist named Jean-Martin Charcot gave detailed information about MS and coined the term multiple sclerosis.
He lectured about the three different symptoms seen in MS. These are nystagmus (involuntary movements of the eye), slurring speech and loss of balance and explained how they are interlinked with the patches or marks in the brain. He named this condition as sclerose en plaques.
Charcot laid the foundation for a detailed study of MS. In one of his books, he described case studies of 40 patients who all presented with similar symptoms. This led to the widespread recognition of MS and publications by William Moxon (Britain, 1873) and Dr. Edward Seguin (America, 1878).

During the late 19th century, myelin was recognized as a sheath covering the nerves of the central nervous system, however, it was not linked to MS.
With the advent of high definition microscopes, a doctor from Scotland named Dr James Dawson established the role of inflammation and disruption of the myelin sheath as the main cause of MS.
In 1921, The Association for Research in Nervous and Mental Diseases (ARNMD) led a seminar on MS from the past 50 years.
Until that time, doctors were of the opinion that MS wascaused by the infestation of virus or toxins. In the year 1930, a study at The Rockefeller Institute at New York hinted towards the role of immune system in MS.
In 1947, research conducted at Columbia University led to a breakthrough discovery which demonstrated the presence of protein remnants in the cerebrospinal fluid of individuals affected with MS.
This discovery guided the testing of CSF in confirming MS. Prior to this, doctors suspected the primary cause of MS was restricted blood supply and tried to cure it by increasing blood flow to the brain.
After analyzing the DNA of the patients affected by MS, doctors started relating MS to the genetic makeup and immune status of patients.
Finally, in 1960, scientists concluded that MS is an autoimmune disorder and doctors started prescribing steroids.

Between the 1980s and 1990s, a wide range of clinical trials were conducted on MS. The aim was to improve the diagnosis, treatment and management of the condition. Now, MRI scans are used to effectively diagnose MS and disease-modifying drugs are used to slow disease progression.