By Sally Robertson, BScMay 10, 2018
Scientists from Stanford University School of Medicine have shown that by manipulating diet in a mouse model, it is possible to favor the engraftment of a specific bacterial strain over others. 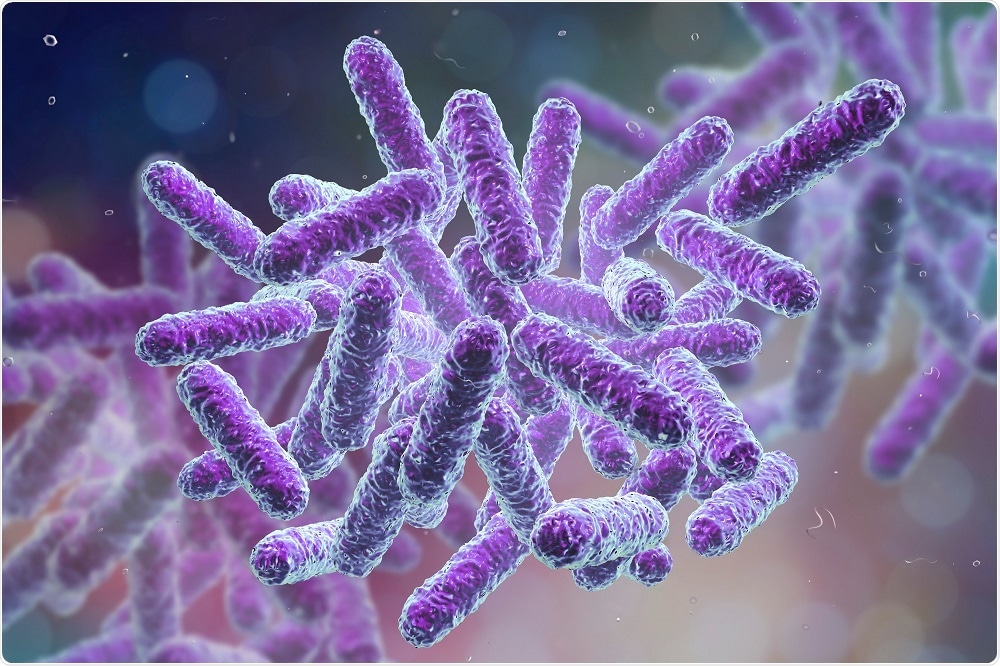 Credit: Kateryna Kon/Shutterstock.com
In the field of probiotics, researchers still do not understand why certain strains of beneficial bacteria are more successful at taking up residence in the intestine than others.
However, the current study has shown than particular dietary factors can be used to manipulate the bacterial strains of the microbiome.
By adjusting the amount of a certain carbohydrate present in food or water, the team were able to control how much a bacterium grows in the large intestine.

Although we continue to acquire new strains throughout life, this acquisition is a poorly orchestrated and not-well-understood process. This study suggests it could be possible to reshape our microbiome in a deliberate manner to enhance health and fight disease."
Justin Sonnenberg, Senior Author

As reported in Nature, Sonnenberg and colleagues visited the San Jose Wastewater Treatment Facility to look for bacterial strains that can digest a seaweed called nori, an ingredient that is relatively rare in American diets. They screened the bacteria for an ability to use a carbohydrate in nori called porphyran to digest the seaweed.
"The genes that allow a bacterium to digest porphyran are exceedingly rare among humans that don't have seaweed as a common part of their diet," explains Sonnenburg.
"This allowed us to test whether we could circumvent the rules of complex ecosystems by creating a privileged niche that could favor a single microbe by allowing it to exist in the absence of competition from the 30 trillion other microbes in the gut."

After identifying a nori-digesting strain, the team introduced it into three groups of mice. Two of the groups had their gut bacteria replaced with gut bacteria from two healthy human donors and a third group had a mouse-specific gut microbiome.
On feeding the mice a typical mouse diet, the team found that the porphyran-digesting strain could engraft in two groups of mice to different and limited extents. In one of the groups harboring human gut bacteria, the new strain was completely rejected.
However, when the mice were fed a diet rich in porphyran, the researchers observed a significant change. The new strain successfully and robustly engrafted to a similar degree in all groups of mice.
Furthermore, it was possible to precisely adjust the population size of the new bacterial strain by increasing or decreasing the amount of nori the animals ate.
Sonnenberg says the direct effect of diet on the bacterial population was very clear. He believes that the ability to manipulate these highly malleable gut microbes is going to shape the future of precision health:

A physician whose patient is about to begin immunotherapy for cancer may choose to also administer a bacterial strain known to activate the immune system, for example.
Conversely, a patient with an autoimmune disease may benefit from a different set of microbiota that can dial down an overactive immune response. They are just a very powerful lever to modulate our biology in health and disease."
Justin Sonnenberg, Senior Author