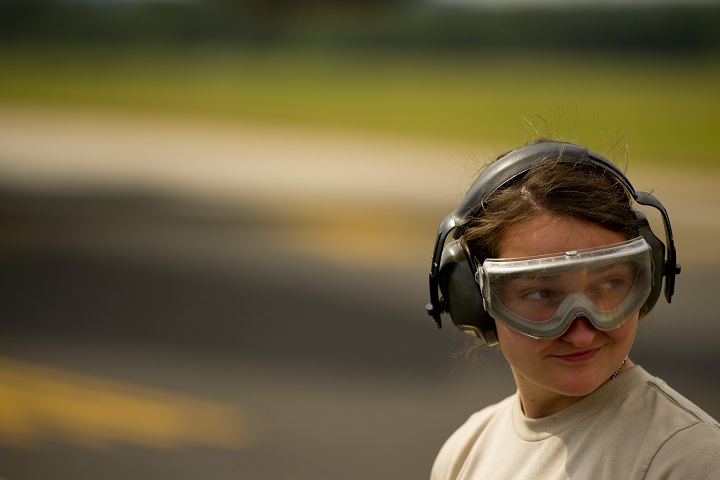 
WRIGHT-PATTERSON AIR FORCE BASE, Ohio — Military service often requires duty in noisy environments that can cause hearing loss and it doesn’t just happen during combat operations at deployed locations far from home station.

“In fact, Veterans Administration records show that auditory conditions such as hearing loss and tinnitus are the number one and number two most prevalent disability claim in the VA,” said Dr. Tanisha Hammill, research coordination branch lead at the Department of Defense Hearing Center of Excellence in San Antonio. “In terms of number of claims, this is the most prevalent injury among our veterans, so there is an obvious need to focus on reducing those injuries among our service members,” she said. 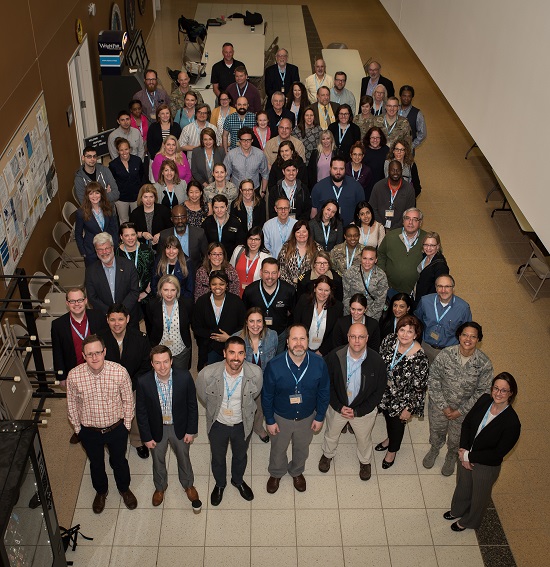 Approximately 100 members of the Collaborative Auditory Vestibular Research Network, or CAVRN, met at the 711th Human Performance Wing to collaborate on areas of hearing and balance issues that service members and veterans face as a result of their military service. (U.S. Air Force photo by Richard Eldridge)
In 2009, the Congressionally-mandated HCE was stood up to combat hearing and balance disorders. As part of the HCE, the Collaborative Auditory & Vestibular Research Network, or CAVRN was formed to bring together researchers with an auditory research focus to discuss current research efforts across the DoD and VA enterprises, providing unique opportunities for collaboration, Hammill said.
Annual CAVRN meetings are held at federal facilities and are hosted by member organizations and this year, the annual meeting was held April 24-26 and was hosted by the 711th Human Performance Wing’s Airman Systems Directorate, Warfighter Interface Division, Battlespace Acoustics Branch; the United States Air Force School of Aerospace Medicine and the Naval Medical Research Unit – Dayton.

Air Force Brig. Gen. Mark Koeniger, 711th HPW commander, welcomed the CAVRN meeting attendees and cited numerous opportunities for collaboration with the 711 HPW.
“As you go forward, the Human Performance Wing wants to be part of what you all do to help Soldiers, Sailors, Airmen, and Marines maintain their hearing so that hopefully in the future, hearing loss ceases to be the number one disability.

“The Air Force Chief of Staff’s focus areas converge on a singular vision – to create healthy squadrons full of resilient and credible warfighters primed to excel in multi-domain warfare,” he told them. “Certainly, nobody can do their job, or at least they would have a very difficult time doing their job if they couldn’t hear well.”

Hearing is a critical sense and is required for all service members to effectively communicate within dynamic and often chaotic environments.

“The ability to hear and communicate is critical to the safety of each warrior and their unit, and is central to command and control, and mission accomplishment,” Hammill said.

“The CAVRN promotes collaboration, translation, and best practices that influence auditory-vestibular readiness, care, and quality of life for warfighters and veterans,” added Hammill.

Hammill stated that as she toured the 711 HPW, she thought about all the tremendous crossover opportunities between auditory research and so many other disciplines within human performance. “We are a very interdisciplinary team and that’s a big part of our growth – to discover and reach out to these other teams who are somehow focused on auditory or balance disorders,” she said.

“When you bring these folks together, they end up having very meaningful conversations, they are able to incorporate perspectives of their colleagues, who are subject matter experts across the DoD and VA and incorporate their perspectives and really make smarter projects and make more multiservice projects.”

Hammill explained that the CAVRN is built on a translational model, including bench scientists, clinician scientists, funding program managers, and public health experts, adding, “The whole scope from idea to application to practice, all in the same room so they can plan everything out together right up front.”

“This is a complex issue. Losing your hearing is not a part of doing business in military service and there are a lot of smart people working diligently to come up with better solutions to protect their hearing, both from a personal protective equipment stance, but also efforts in noise reductions and efforts in communication enhancement while making sure they’re able to do their job and have a reasonable quality of life after service,” Hammill said.
For more information visit the DoD Hearing Center of Excellence.
Disclaimer: Re-published content may have been edited for length and clarity. Read original post.

May is better speech and hearing month

DHA to welcome Hearing Center of Excellence to agency

Becoming aware of how your surroundings can affect your hearing is a key factor in managing hearing problems associated with TBI
Recommended Content:
Hearing Loss | Traumatic Brain Injury

Cochlear implant opens up the world for Army colonel

In the past 12 years, Army Lt. Col. James Morrison has seen ear, head and neck, and neurology specialists at the six posts where he was stationed
Recommended Content:
Access to Health Care | Military Hospitals and Clinics | Quality and Safety of Health Care (for Healthcare Professionals) | Hearing Loss

Policy
The Defense Hearing Center of Excellence (HCE), which is focused on improving prevention, diagnosis, mitigation, treatment, and rehabilitation of hearing loss and auditory system injury, has identified a significant improvement in the ordering and procurement of hearing devices.
Publicado por salud equitativa en 8:20