Study follows passage of HOPE Act of 2013, allowing people with HIV to become organ donors.
Two HIV awareness ribbons.NIAID
The first large-scale clinical trial to study kidney transplantations between people with HIV has begun at clinical centers across the United States. The HOPE in Action Multicenter Kidney Study will determine the safety of this practice by evaluating kidney recipients for potential transplant-related and HIV-related complications following surgery. The study is sponsored by the National Institute of Allergy and Infectious Diseases (NIAID), part of the National Institutes of Health.
While organ transplants between donors and recipients with HIV have been successfully completed in South Africa since 2008, such transplants were illegal in the United States until the passage of the HIV Organ Policy Equity (HOPE) Act in 2013. The HOPE Act permits U.S. transplant teams with an approved research protocol to transplant organs from donors with HIV into qualified recipients with end-stage organ failure who are also living with HIV, a practice that may shorten the time people living with HIV wait to receive a transplant. The transplantation of organs from donors who have HIV to individuals uninfected with HIV remains illegal in the United States.
Individuals living with HIV have a higher risk of end-stage liver and kidney diseases because of damage caused by HIV and its coinfections and associated comorbidities, such as hepatitis B and C viruses, hypertension and diabetes mellitus, as well as toxicity from certain antiretroviral drugs used to treat HIV infection. In the early decades of the HIV/AIDS pandemic, individuals living with HIV were rarely eligible to receive organs from HIV-uninfected donors, which are consistently in short supply and high demand. However, NIAID-sponsored organ transplant studies demonstrated that by carefully selecting individuals living with HIV to receive a kidney or liver from an HIV-uninfected donor, patient and organ graft survival rates could be similar to those of transplant recipients without HIV.  These findings provided the scientific basis for the eventual passage of the HOPE Act of 2013. 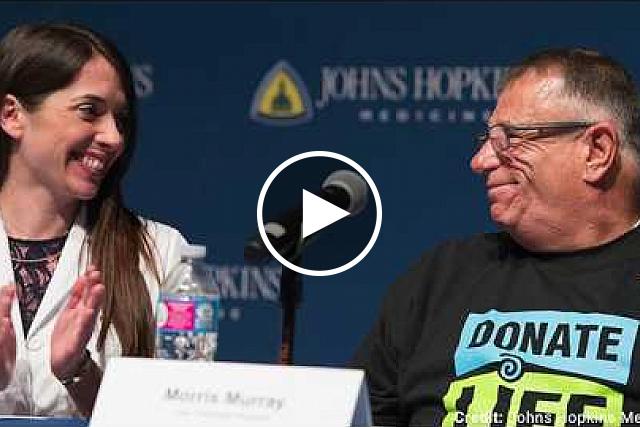