Cognitive decline in dementia is not reduced by exercise

Cognitive decline in dementia is not reduced by exercise

Cognitive decline in dementia is not reduced by high-intensity exercise

By Kate Bass, BScMay 17, 2018
Results of a trial published in The BMJ this week indicate that, although it offers health benefits, exercise does not delay the progression of cognitive impairment in older people with dementia. 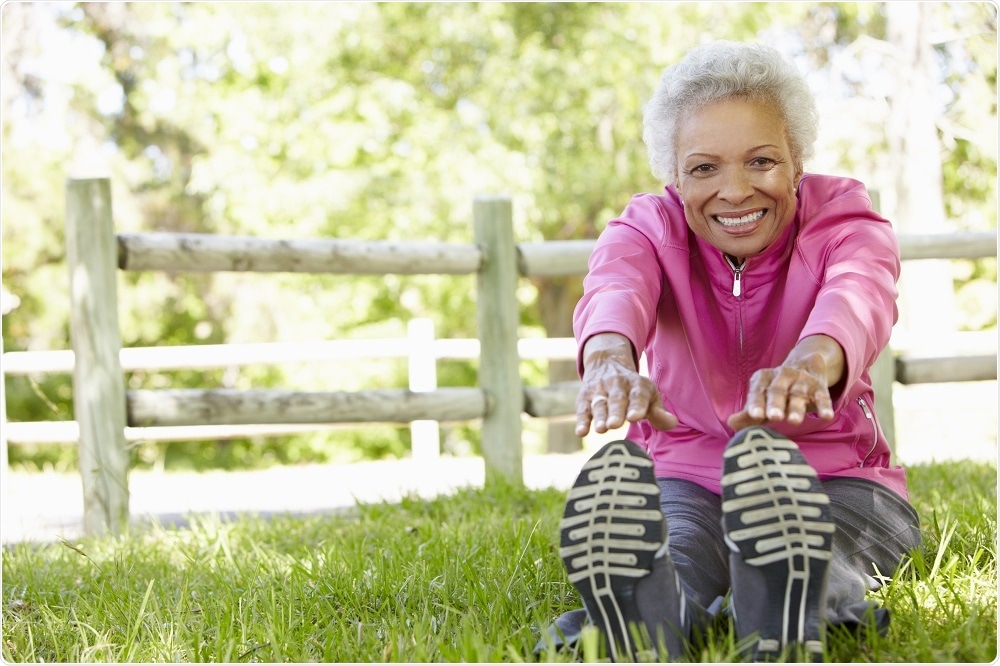 Credit: Monkey Business Images/Shutterstock.com
Dementia is a term used to describe a range of progressive neurological disorders, including Alzheimer’s disease. It affects 47.5 million people worldwide and manifests in a variety of different ways.
Typical symptoms of demenita include memory problems that make it difficult to retain new information or recognise previously familiar places, cognitive problems that reduce concentration and the ability to interpret information, and difficulties communicating.
It is well known that exercise is beneficial for physical and mental wellbeing, improving strength and cardiovascular fitness as well as boosting mood and self-esteem.
It has also been widely publicised that the cardiovascular benefits may reduce the likelihood of developing dementia or slow the onset of more severe symptoms in those patients already diagnosed with dementia.
Although several recent studies reported that exercise may improve memory and slow down mental decline, there have also been studies with conflicting results.
Due to the widespread belief that exercise is beneficial for delaying dementia, a team of UK researchers conducted a study to assess for themselves the effect of physical activity on the symptoms of dementia.
Just fewer than 500 patients (with an average age 77 years) who had been diagnosed with mild to moderate dementia were recruited from 15 regions across England.
Two thirds of the participants followed a supervised exercise programme, comprising twice-weekly gym sessions for four months plus additional home exercises and ongoing support. The remainder received usual care.
Alzheimer's disease assessment score was determined at the start of the trial and again after 6 and 12 months. Activities of daily living, number of falls, and quality of life were also assessed.
Although a short-term improvement in physical fitness was reported among patients in the exercise group, cognitive impairment after 12 months had declined a similar amount in both groups.
There were also no differences between the groups in the other outcomes assessed, such as the number of falls and quality of life.

This trial suggests that people with mild to moderate dementia can engage and comply with moderate to high intensity aerobic and strengthening exercise and improve physical fitness. These benefits do not, however, translate into improvements in cognitive impairment, activities in daily living, behaviour, or health related quality of life."

Among patients with dementia, exercise is beneficial for improving physical fitness, but it cannot be recommended as a treatment option for slowing cognitive impairment in dementia.
Source:
BMJ Press Release 16 May 2018.
Publicado por salud equitativa en 6:55