By Liji Thomas, MD
The third stage of labor involves the separation of expulsion of the placenta. The third stage is most important because it is a primary factor in determining whether postpartum hemorrhage (PPH) will occur. 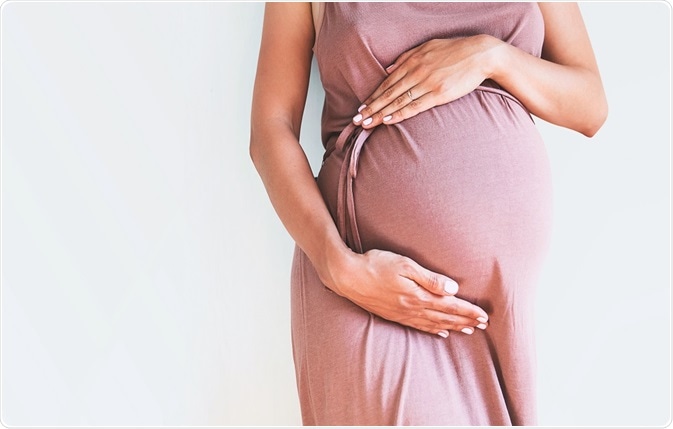 Credit: Natalia Deriabina/Shutterstock.com
Labor is classified into several stages. In modern obstetric practice, there are three stages of labor:
Postpartum hemorrhage (PPH) refers to excessive blood loss following labor and delivery, and it is one of the leading factors resulting in maternal morbidity and death. It is estimated to be the cause of death for 99% mothers who die due to childbirth from developing or undeveloped countries, and of these, about one-third do so as a direct result of PPH.
For this reason, the duration of the third stage has been intensively studied. It normally lasts anywhere between 5 minutes to an hour, depending upon whether it is actively managed or allowed to progress spontaneously.

Phases of the third stage of labor

The third stage of labor consists of two phases: the separation of the placenta, and its exit. The separation of the placenta is normally rapid and thorough. Any delay, or failure to separate as one complete unit, leads to the opening of uterine blood sinuses and postpartum hemorrhage.
The most important causes of delay in placental expulsion include:
The placenta is usually expelled within 6-7 minutes, but this may depend upon the parity, gravidity, method of labor induction and whether pethidine analgesia is used during the first and second phase of labor. The impact of these factors has not been established as yet, but a few studies have revealed a connection between active induction of labor, labor augmentation, and the use of pethidine in labor with subsequent uterine atony and retained placenta leading to PPH.
Other factors linked to prolonged third stage include preterm labor, the use of a labor bed during delivery, preeclampsia and primiparity. A third stage lasting longer than 30 minutes (or 20-24 minutes, depending upon various methods of analysis, is associated with a steep rise in the incidence of PPH and blood transfusion, until a duration of 75 minutes at which point it plateaued). This remains the same whether the placenta was spontaneously expelled or manually removed
Reviewed by Afsaneh Khetrapal Bsc (Hons)