By Cashmere Lashkari
Keratoacanthoma is a benign skin cancer characterised by small dome-like bumps on the surface of the skin. 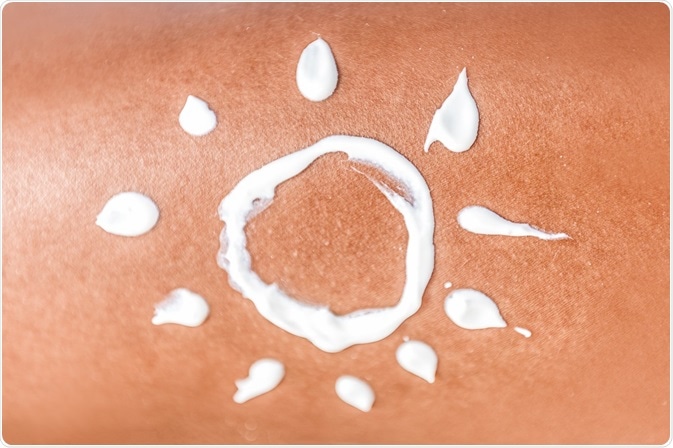 Credit: Maridav/Shutterstock.com
Keratoacanthoma originates in the hair follicle and is not known to spread. It is very similar to the Squamous Cell Carcinoma (SCC). However, this is a much more aggressive type of skin cancer that can cause considerable disfigurement.
The skin lesions experience a rapid growth in the initial few weeks, then the Keratoacanthomas seem to go dormant for a while. After 4 to 6 months the skin lesions will begin to spontaneously resolve. It has been identified as a nonmelanoma skin cancer that originates in the pilosebaceous glands. Some dermatologists also classify it as a Squamous cell carcinoma of the Keratoacanthoma type.

Who is at risk for developing keratoacanthoma

How can keratoacanthoma be prevented?

Since frequent exposure to the sun is the most common cause of Keratoacanthoma, prevention involves protecting the skin from sun damage. This can be done by staying out of the sun, especially when the sun’s radiation is strongest at midday, applying a heavy sunscreen with an SPF of 30 or more, and wearing full sleeved clothing while outdoors. Artificial ultra violet radiation, such as that used in tanning beds, should also be avoided.
The individuals who develop Keratoacanthoma once, are at high risk of the skin condition reoccurring. If a family member has suffered from Kerantoacanthoma, it increases the individual’s risk of developing the neoplasm. The high-risk group should be taught to examine their skin on a regular basis for new moles, coloured patches on the skin, or any unusual bumps. Not all bumps may be a reason for concern, but it is better to be sure by showing it to a dermatologist.
The sooner that a skin lesion is spotted, the faster it can be brought to the attention of a dermatologist for diagnosis and treatment. By ignoring a skin condition many individuals have ended up with severe complications which could have been easily avoided by early detection and treatment. Given the increasing numbers of skin cancer being reported worldwide, a bit of precaution is advisable.

Diagnosis and treatment of keratoacanthoma

Keratoacanthomas can spontaneously heal after a period of time. However, since the skin lesions closely resemble Squamous Cell Carcinoma, a dermatologist will recommend getting the lesion diagnosed. Only a biopsy of the tissue will reveal for certain if it is a Keratoacanthoma or Squamous Cell Carcinoma. This is how the diagnosis is confirmed.
Removal of the skin lesion is considered a full cure of the Keratoacanthoma. In case the individual goes in for a biopsy, the skin lesion is entirely removed and treatment is considered complete. The skin lesion may be removed by one of these three methods – cryotherapy, excision, and curettage or cautery. The dermatologist must ensure that none of the affected tissue is left behind during the removal procedure.
Prognosis for Keratoacanthoma is excellent post-surgery. However, treatment does leave a scar on the skin once it is healed. There is less than 20% chance of a Keratoacanthoma spreading to another location.
Most individuals will not have a second skin lesion, but in rare cases multiple skin lesions have also been recorded. Multiple Keratoacanthoma are often a symptom of another underlying illness and must be shown to a health care provider.
Reviewed by Afsaneh Khetrapal Bsc (Hons)