By Sally Robertson BScMarch 29, 2018
Researchers at Baylor College of Medicine and the University of Texas MD Anderson Cancer Center have discovered a cellular pathway that selectively regulates a mutant protein linked to the growth of ovarian cancer. 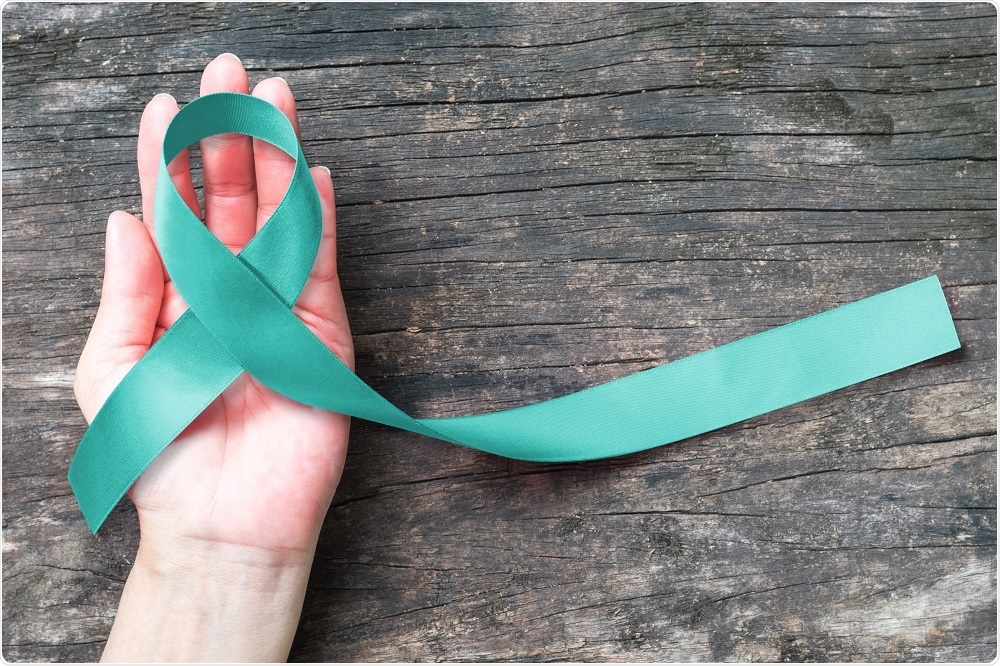 Credit: Chinnapong/Shutterstock.com
They have also identified a key regulator of the pathway and suggest that drugs designed to target this regulator could lead to improved ways of controlling ovarian cancer growth.
Currently, ovarian cancer is treated with surgery and chemotherapy. The chemotherapy drugs act on any rapidly dividing cells, including healthy cells and this has side effects.
"If we are able to develop treatments that target only cancer cells, then we might be able to minimize side effects," says first author of the study Achuth Padmanabhan.
Previous studies have shown that mutant forms of p53 proteins may play a role in ovarian cancer growth. Mutations in the p53 gene have been shown to be key contributors to tumor production and the development of drug resistance.
Normal p53 protein functions as a tumor suppressor, but Padmanabhan and colleagues studied a mutated form called p53-R175H that promotes tumor growth.
Padmanabhan says that the problem with p53 mutants such as p53-R175H is that they are not broken down inside healthy cells, and instead form stable protein clusters that promote cancer growth and drug resistance:
"If we remove the mutant p53 forms from cancer cells, the cells will enter a path toward cell death and become more sensitive to chemotherapy. This is very valuable from the clinical point of view."

The team therefore wanted to find a way of selectively eliminating p53-R175H clusters, without affecting normal p53 proteins. They did not know how to do this until they found a unique pathway that can regulate only the mutant p53-R175H.
Padmanabhan had previously studied a small molecule that could rapidly reduce levels of mutant p53, but not normal p53, in a mouse model of ovarian cancer. In the current study, the researchers tried to understand how treating ovarian cancer with the molecule results in this decrease.
As reported in Nature Communications, they found that the molecule does not directly decrease the levels of mutant p53-R175H protein, but reduces levels of another protein called USP15. This protein removes a tag from the mutant that would make it a target for degradation.