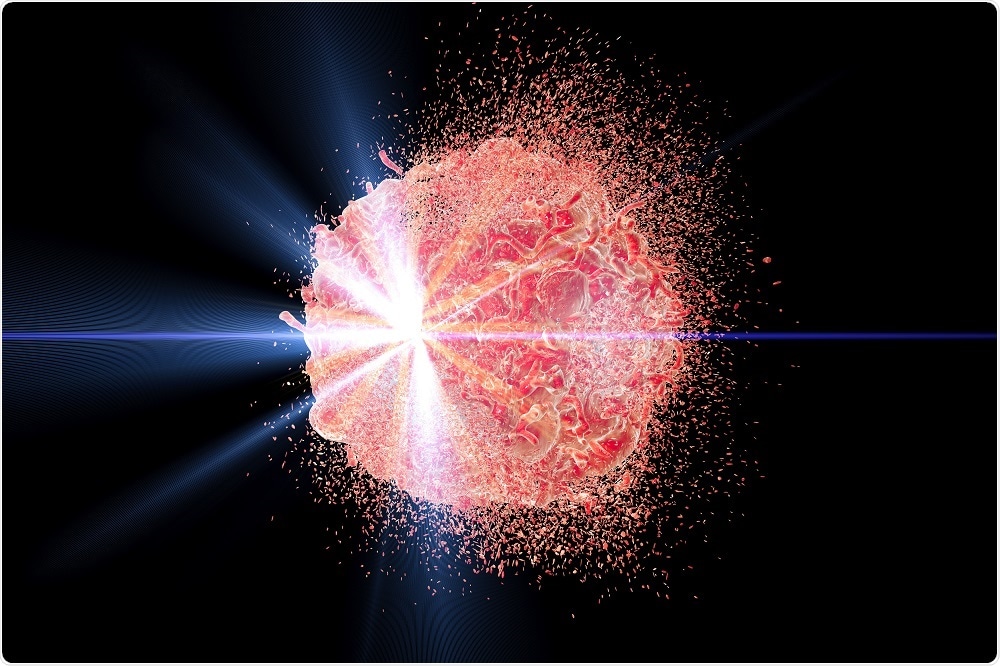 Credit: Kateryna Kon/Shutterstock.com
Microbubbles are small bubbles that can be used to deliver oxygen into cells. The study, which was published in the International Journal of Radiation, involved the use of animal models of breast cancer, which were flushed with oxygen using microbubbles.

Finding a way to reverse oxygen deficiency in tumors has been a goal in radiation therapy for over 50 years. We've demonstrated here that oxygen microbubbles flush tumors with the gas, and make radiation therapy significantly more effective in animal models."
Dr John Eisenbrey, Assistant Professor of Radiology at Thomas Jefferson University

Cancer cells grow rapidly, forming giant tumors that are lacking in blood vessels at their core. This makes the center of the tumor oxygen deficient.
Radiotherapy works by creating oxygen free radicals, which kill cancer cells, therefore cells at the core of the tumor are often resistant. Therefore, making the tumors rich in oxygen increases the effectiveness of radiotherapy.

Initially, the team was developing the technique to improve ultrasound imaging. However, they noticed that the beams of ultrasound could “pop” these microbubbles within the tumors.
They began testing the method on mouse tumors, using microbubbles to flush the tumors with oxygen and then ultrasound to “pop” the bubbles once they were in place. The oxygen-flooded tumors were then subjected to radiation therapy.
For this experiment, the team sent in the microbubbles via general blood flow via intravenous routes. They noted that the whole tumor showed a rise in oxygen levels than before using this method.
The researchers divided the mice into two groups. One group received the oxygen filled microbubbles while the other group received nitrogen filled microbubbles.
They then popped the bubbles using ultrasound and followed it with radiotherapy. The survival of the mice was 46 days with nitrogen filled bubbles and 76 days with oxygen filled bubbles.

We think this is a promising approach to test in patients to amplify the effects of radiation therapy."
Dr John Eisenbrey, Assistant Professor of Radiology at Thomas Jefferson University.