By Sally Robertson, BScFebruary 27, 2018
Researchers have uncovered evidence that the reduced sensitivity towards social cues seen in infants with autism spectrum disorder (ASD) hinders the development of certain brain regions during the early stages of development. 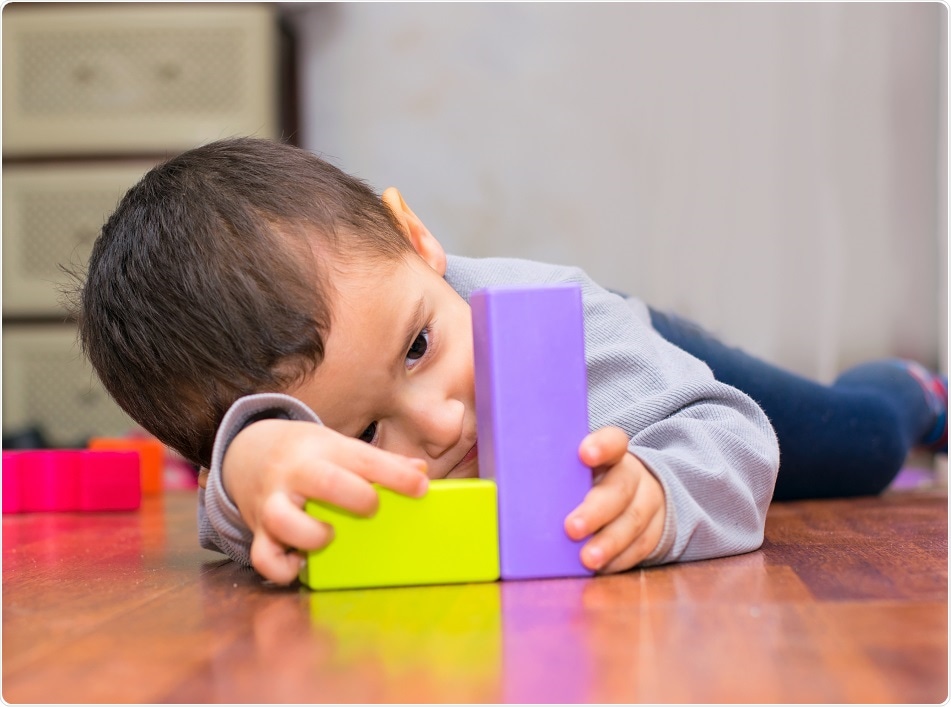 Credit: Nazarova Mariia/ Shutterstock.com
The study suggests that this indifference to social cues such as voices and facial gestures during the first year of life hinders development of a network of brain regions referred to as the “social brain,” which is responsible for translating these cues.
The research, which was conducted by researchers at University of Geneva (UNIGE), Switzerland, suggests that interventions targeting children’s ability to respond to social cues during the critical early years could rewire the brain and restore development of the social brain.

As toddlers with ASD have less preferential attention for social cues, we hypothesised that when we showed them moving social images, they would demonstrate differences in both the way they visually explore these images and in the way their brain networks process social information, compared with typically developing toddlers."
Holger Sperdin, University of Geneve

Sperdin and colleagues used (EEG) to analyse the brain activity of toddlers and pre-school age children. They also used powerful eye-tracking technology to monitor the children’s gaze while they watched films featuring social interactions.
As reported in eLife, the children with ASD had different gaze patterns, compared to typically developing infants. Nerve cell connectivity and information flow in the brain was also altered in the children with ASD.
These findings represent the first evidence that differences in the visual exploration of images coincide with changes in connectivity between key regions of the social brain in very young children with ASD.
"These alterations within regions of the social brain are present at early stages of ASD and justify further investigation into whether therapeutic interventions targeting social orienting skills may help to remediate social brain development during this critical stage when neural plasticity is still possible," concludes senior author Professor Marie Schaer.
Source:
https://www.eurekalert.org/pub_releases/2018-02/udg-bn022618.php
Publicado por salud equitativa en 13:18