By Kate Bass BScFebruary 16, 2018
Researchers at the Howard Hughes Medical Institute have developed a DNA-detection system based on the CRISPR-Cas9 system that can be used to detect bacteria and viruses known to cause chronic diseases. 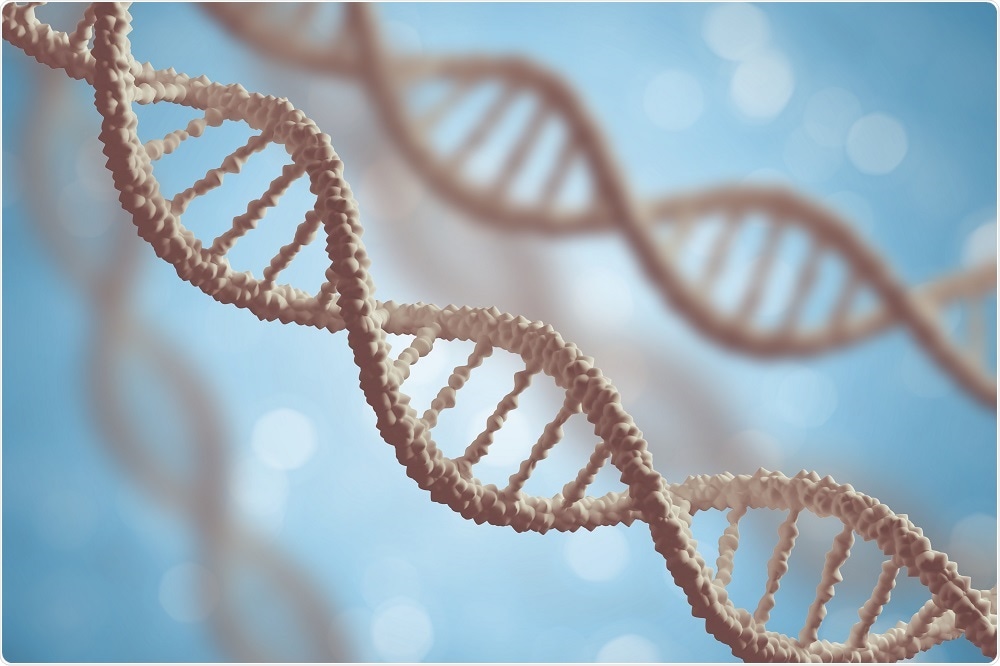 Credit: vchal/Shutterstock.com
The system, called DETECTR, identifies specific DNA sequences and could be used to facilitate early detection of the presence of bacterial and viral DNA, which could be a valuable diagnostic tool for a range of disorders, including cancer.
CRISPR (Clustered Regularly Interspaced Short Palindromic Repeats) is a recently discovered gene-editing technology that utilizes the bacterial innate immune system to detect specific regions of the genome using an RNA template.
The enzyme Cas9 is directed to the target where it cleaves the DNA, allowing specific gene sequences to be inserted, deleted, or replaced.
This technique has now been combined with isothermal amplification to increase the sensitivity of DNA detection to the attomolar (10-18 moles per litre) level. This powerful novel technique, known as DNA Endonuclease Targeted CRISPR Trans Reporter (DETECTR), provides a rapid and simple clinical test for viral infection or genetic defects.
Since viral infection and genetic markers are causal factors for several cancers, DETECTR holds the potential to facilitate early cancer diagnosis.
The team added a fluorescent marker to the enzyme, which glows once a suppressor molecule has been detached. This only occurs when the enzyme finds its target and starts shredding DNA, so the glow indicates that the target sequence is present.

The researchers have already proven the ability of DETECTR to accurately identify two types of cancer-causing human papillomavirus (HPV) in human samples.
DNA samples were obtained from 25 people who had infection with one or both types of HPV, or no HPV infection. One of the types of HPV was detected in 100% cases, the other type was detected correctly in 23 of the 25 samples. It is thought that this can be increased to 100% by tweaking the design of the RNA template.
DETECTR provides simpler and quicker HPV detection than current methods, without the need for specialized equipment. It could thus be used for point-of-care diagnostics.
Although the system has currently only be tested for HPV infection, it could easily be used to detect other types of viral or bacterial infections, and even cancer markers, chromosomal abnormalities, or other genetic signals.
CRISPR was heralded as a breakthrough that revolutionized the field of genome editing. This latest research further supports the huge potential of this simple technique. Study co-author Lucy Harrington described it as "a treasure chest that we keep digging into and finding new things".
Sources:
Publicado por salud equitativa en 10:40