Dying May Not Be as Awful an Experience as You Think: MedlinePlus Health News

Dying May Not Be as Awful an Experience as You Think: MedlinePlus Health News

Dying May Not Be as Awful an Experience as You Think 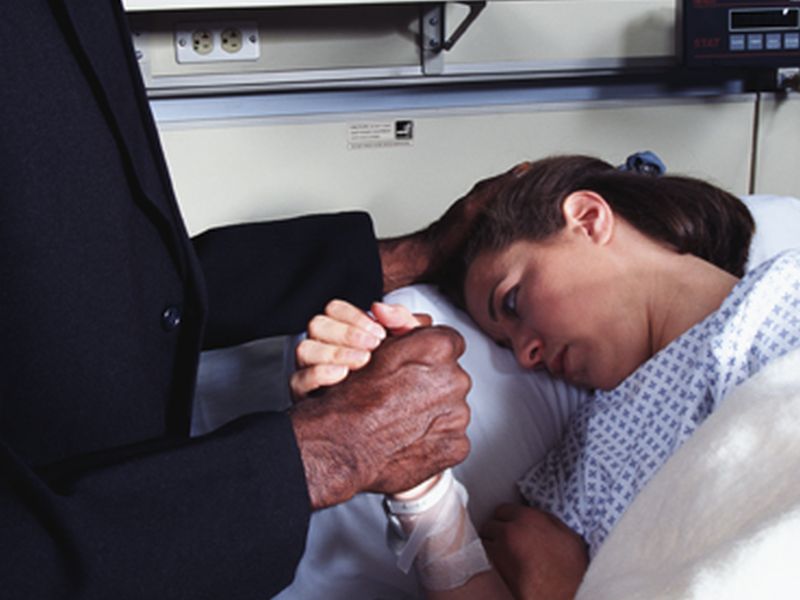 THURSDAY, July 6, 2017 (HealthDay News) -- Does the very idea of death worry and frighten you? There may be reassurance from a new study that finds those fears might be exaggerated.
In fact, the research shows, death is often described as a peaceful, "unexpectedly positive" experience by those who approach it.
Death is one of life's guarantees, yet it's something people often avoid talking about, according to study author Kurt Gray. He's an assistant professor at the University of North Carolina at Chapel Hill.
"There's almost an unspoken assumption that death is something to be avoided at all costs," Gray said.
But his team found that the abstract concept of death may be scarier than the reality.
To look at the question, the researchers first searched for blogs by people who were terminally ill with cancer or amyotrophic lateral sclerosis (ALS, or Lou Gehrig's disease) -- diseases where patients generally maintain their mental functioning into the advanced stages.
The researchers turned up blogs from 25 patients, with over 2,600 posts.
Next, the study authors recruited 50 healthy people and asked them to imagine they had terminal cancer and were keeping a blog to document their experience. Those people then wrote a "post" for the blog.
Finally, the researchers had independent raters code each post -- real and pretend -- for its emotional tone.
Overall, the study found, posts from the dying patients were more positive than those from people who imagined death was looming. And over time, the real posts became more positive, as the authors came closer to the end of life.
"I think that when people imagine what dying is like, they see it as being very different from the life they know," Gray said. "But really, death is part of life. And maybe you don't need to fear it as much as you might."
The findings, published recently in Psychological Science, are not entirely surprising, according to one researcher.
"In general, people are very bad at predicting how they'll feel about something in the future," said James Maddux, a senior scholar at George Mason University's Center for the Advancement of Well-Being, in Fairfax, Va.
"Most things that we fear aren't nearly as bad as we thought they'd be once they arrive," said Maddux, who was not involved in the study. "There's no reason to think death would be any different."
Some other study findings, though, were more surprising, both Maddux and Gray said.
In a separate experiment, Gray's team had 150 people imagine they were death-row inmates facing execution. They then composed their "final words."
The researchers compared those statements against the last words from inmates executed in Texas since 1982. Again, the people actually facing death voiced a brighter outlook, the findings showed.
"It was striking how positive the inmates were," Gray said. "They made statements about feeling love, and even optimism about the future."
It's not clear how well those blog posts and final words reflect what most people experience as death nears.
"Of course, people who choose to blog may be different from those who don't," Maddux said. They may, in fact, be more positive, he suggested.
Gray agreed. But he also pointed to the death-row inmates as a counter-argument. "It's not clear that death-row inmates would feel pressure to be positive before they're executed," he said.
As in all of life, though, people will vary in how they feel as death approaches, Gray said.
Religious beliefs undoubtedly matter, he noted, as does "social connectedness." That is, people facing death alone will likely feel differently from those surrounded by family and friends.
Basic personality matters, too, Maddux said. "Some people, by nature, are more pessimistic and prone to depression," he explained. "That will affect how they face death, too."
But in general, Maddux and Gray said, death may be less scary than many people think.
That's important in a world where doctors often take "heroic measures" to prolong severely ill patients' lives, Gray said.
Maddux agreed. "This relates to our obsession with extending life at all costs," he said.
"Those heroic measures are often taken not for the patient, but for their loved ones," Maddux said. "But if you know that death is not as scary for the dying person as it is for you, then maybe you'll be more willing to let them go when it's time."
SOURCES: Kurt Gray, Ph.D., assistant professor, department of psychology and neuroscience, University of North Carolina-Chapel Hill; James Maddux, Ph.D., senior scholar, Center for the Advancement of Well-Being, George Mason University, Fairfax, Va.; June 1, 2017, Psychological Science, online
HealthDay
Copyright (c) 2017 HealthDay. All rights reserved.
News stories are written and provided by HealthDay and do not reflect federal policy, the views of MedlinePlus, the National Library of Medicine, the National Institutes of Health, or the U.S. Department of Health and Human Services.