Childhood obesity is connected with negative health outcomes and family-based obesity treatment provided to both children and parents is considered to be effective. But the questions is: do children need to come for childhood obesity treatment with parents for it to be effective?
A new article published by JAMA Pediatrics examined whether parent-based treatment (PBT) without their children could be as effective as the family-based weight loss treatment (FBT) that is provided to parents and children. 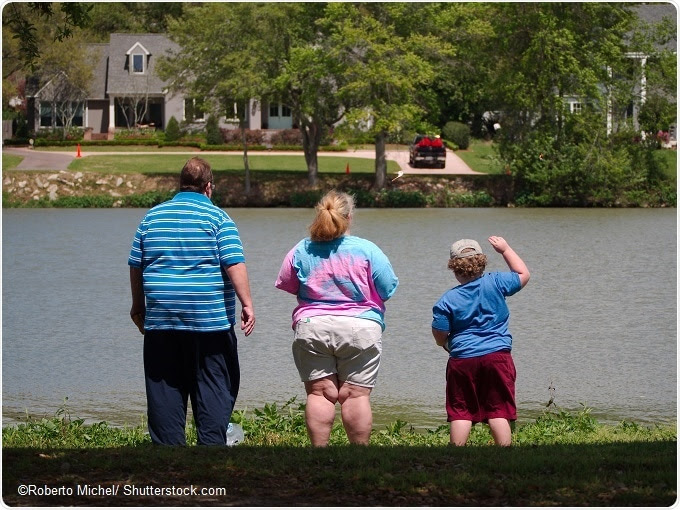 A randomized clinical trial was conducted at the University of California, San Diego. Participants included 150 overweight and obese children in the age group of 8-12 years and their parents. Kerri N. Boutelle, Ph.D., of the University of California, San Diego, and co-authors calculated the weight loss of the child over 24 months and other outcomes, including weight loss of the parent, dietary consumption of the child and parent, physical activity of the child and parent, and style of parenting.

Recommendations for nutrition and physical activity, parenting skills and strategies to modify behavior were included in both FBT and PBT. The only difference was the attendance of the child in 20 group meetings and behavioral coaching sessions over 6 months.
According to the results, PBT was as effective on the weight loss of the child, as children in both PBT and FBT experienced reduction in body mass index (BMI) z scores by the end of the treatment. The weight loss in the children after six months was －0.25 BMI z score in both PBT and FBT, which was largely sustained throughout the 18-month assessment follow-up.
PBT also was as effective on child and parent dietary consumption and physical activity. The article reported that while PBT was similarly effective as FBT on the weight outcomes in the parent at the 6-month follow-up, parents gained more weight in PBT over time. Both FBT and PBT interventions affected parenting style and feeding behavior in the same way, signifying that the attendance of the child at treatment is not necessary to achieve similar results.
Although the non-inclusion of a placebo control intervention was one of the limitations of the study, the articled concluded: "This study provides sound empirical evidence supporting a PBT model for the delivery of childhood obesity treatment. Given the high rates of obesity in children, PBT is a model that could be used to provide treatment to a greater proportion of the population."
Sources:
Publicado por salud equitativa en 14:33